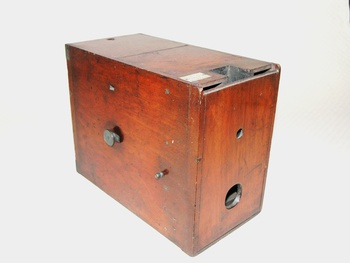 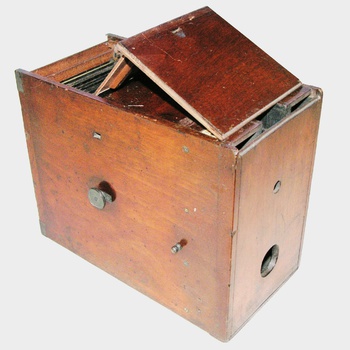 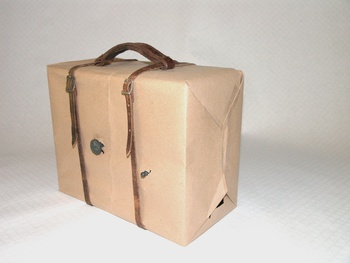 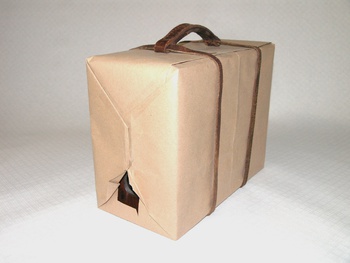 Miall, F. | Fallowfield's "Facile". | 1887 | Magazine camera | Quarter plate.
This is a rare camera. A disguisable, magazine loading, mahogany box camera, originally called the Miall camera after its original inventor and maker, Frank Miall. Renamed the Fallowfield Facile when Fallowfields took over its marketing in 1887, it is probable, but not certain, that Miall continued to make these for Fallowfield: Fallowfields were not known to have any manufacturing capacity, but are known as retailers, and Channing and Dunn ("British Camera Makers") found no indication that Fallowfields manufactured any cameras they sold. So, although it has a Fallowfield's label, I have attributed this camera to Miall in my catalogue of makers. An 1888 Facile, wrapped as a parcel in brown paper, was used as a "candid camera" by the photographer Paul Martin to produce some famous street photographs in the 1890s. (Martin, Paul: "Victorian Snapshots", Pub. London Country Life Ltd., 1939.; Flukinger, Schaaf and Meacham, authors: "Paul Martin, Victorian Photographer", Pub. Gordon Fraser, London 1978).
(Martin's wrapping was unique to himself; wrapping shown is for illustration only.).