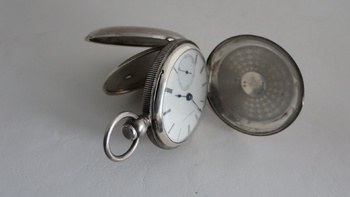 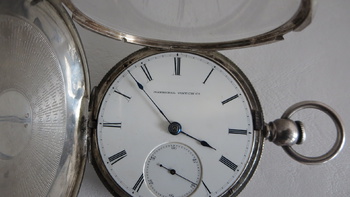 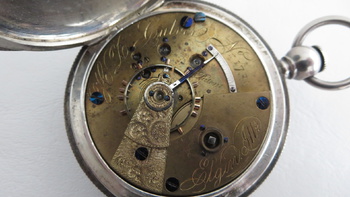 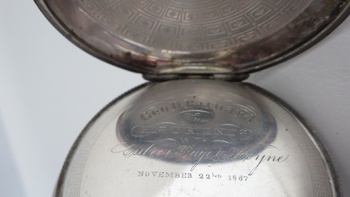 This is a re-post of a watch I feel has some historical significance. Earlier this year I deleted most of my postings (not a well thought out decision), so for some of you I hope I don't bore you with some repeats.
On August 27, 1864, a company was incorporated under the name of "The National Watch Company" of Chicago, Illinois, with a capitol of $100,000. The incorporators were:
Philo Carpenter
Howard Z. Culver
Benjamin W. Raymond
Geo. M. Wheeler
Thomas S. Dickerson
Edward H. Williams
W. Robbins
It was decided that the factory would be located in Elgin, Ill. and was completed in 1866. The first watch produced was an 18 size B.W. Raymond movement in April of 1867.
On July 16, 1867, a new watch was turned out and the movement was named the H. Z. Culver and began with serial number 1001.
This watch is a National Watch Co. watch, serial number 1731, H. Z. Culver movement, key wind & set, 15 jewel, 18 size, manufactured in 1867. It is housed in a coin silver hunting case with a presentation inscription on the cuvette ( inter dust cover). This is where the "historical significance" begins. The inscription reads:
Geo. D. Barnard
From
HIS FRIENDS
With
Culver, Page & Hoyne
NOVEMBER 22ND 1867
The Honored Recipient:
Geo. D. Barnard, born Oct. 6, 1846 in Bedford, Mass., commenced in the stationary business in 1860, went to St. Louis in 1868 and clerked in a manufacturing stationary house until 1872, when he started in the stationary business. When his two partners died the company was incorporated as Geo. D. Barnard & Co., of which he is president, also vice-president of Art Metal Construction Co., VP of Embree-McLean Carriage Co., and past-VP of the Merchants Exchange.
The Friends:
Culver, Page & Hoyne
Culver, Page, Hoyne & Co. were also Lithographers, Manufacturing Stationers in Chicago, Ill. In The New York Times dated Oct. 30, 1883 is an article titled An Old Firm Retires. It talks about the successes & difficulties of the Culver, Page, Hoyne & Co. beginning business in 1856 and was the oldest & largest business of its kind in the city. The original members were H.Z. Culver and D.W. Page who bought out a stationer named Stacy. Six months afterward, M.A. Hoyne was taken in and the name was changed to Culver, Page & Hoyne.
I believe that the Culver in this inscription on this watch is the same Howard Z. Culver, one of the original investors of The National Watch Co.
On May 12, 1874 the stockholders had a meeting and it was decided to change the name of the company to The Elgin National Watch Co.
Thanks for stopping by and reading about my watch,
Dave 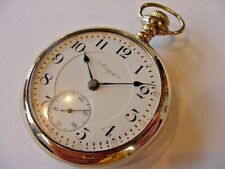 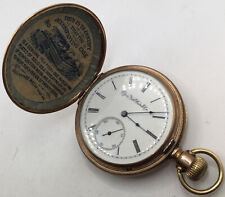 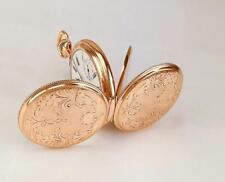