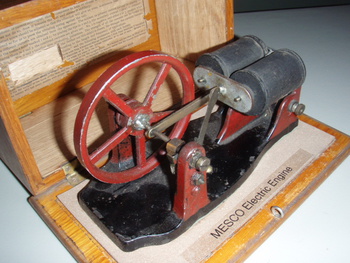 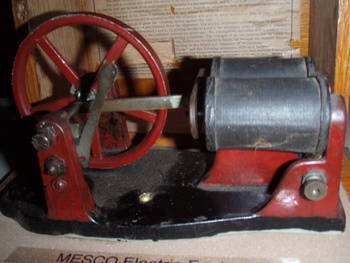 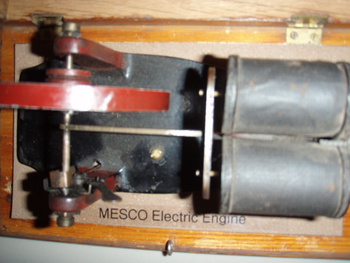 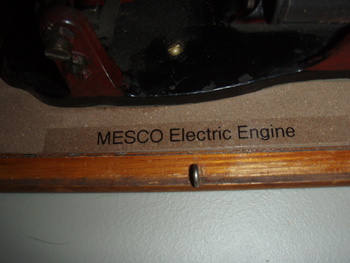 This is a solenoid engine, sometimes called an electric engine. It uses the magnetic properties of an electrical solenoid to run in both forward and reverse, depending on where (in it's rotation) the voltage creates a magnetic draw on the flywheel. It operates on one size D 1.5 volt flashlight battery.
Solenoid engines like this Mesco Electric Engine, were a premium given by magazine suppliers as an incentive for boys to get their friends and neighbors to sign up for subscriptions to monthly publications. The more people that they managed to sign up for a subscription, the more they got paid in premiums.
For a boy around the turn of the 20th Century, the promise of earning a neat little engine like this was enough to send him all over town to hawk magazine subscriptions. .... hotairfan