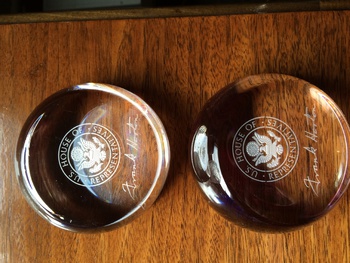 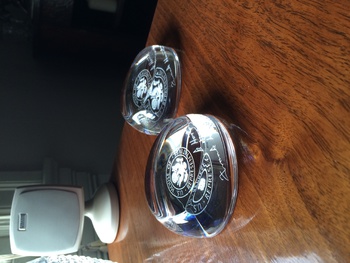 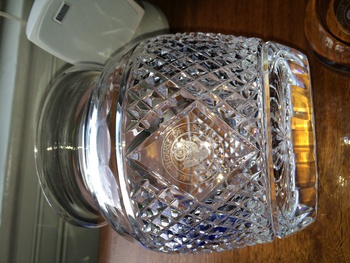 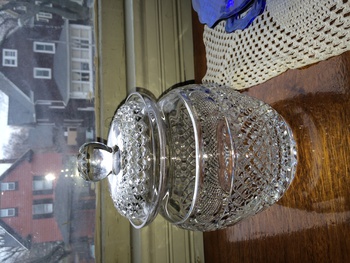 Today I found these two glass paper weights that have the U.S. House of Representatives seal on it at the thrift store with the signature Frank Horton. I looked him up and he was a representative from NY born in Texas in 1919 and died 2004 . A month earlier at the same thrift store I bought this Signed Lenox jar with the same U.S. House of Representatives Seal on it!! HORTON, Frank Jefferson, a Representative from New York; born in Cuero, De Witt County, Texas, December 12, 1919; attended the public schools of Baton Rouge, Louisiana; A.B., Louisiana State University, Baton Rouge, Louisiana, 1941; LL.B., Cornell University Law School, Ithaca, New York, 1947; United States Army 1941-1945; admitted to the New York bar, 1947; lawyer, private practice; active in civil defense and Boy Scout work; president of Rochester Community Baseball, Inc., 1956-1962; executive vice president of the International Baseball League, 1959-1961, and also attorney for the league; member of the city council of Rochester, 1955-1961; elected as a Republican to the Eighty-eighth and to the fourteen succeeding Congresses (January 3, 1963-January 3, 1993); not a candidate for renomination to the One Hundred Third Congress in 1992; died on August 30, 2004, in Winchester, Virginia; interment in Arlington National Cemetery, Arlington, Virginia.