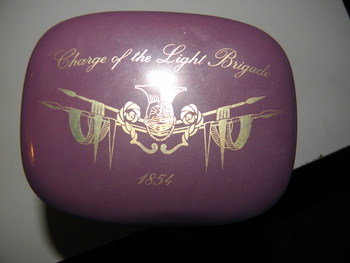 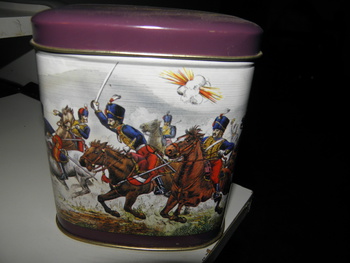 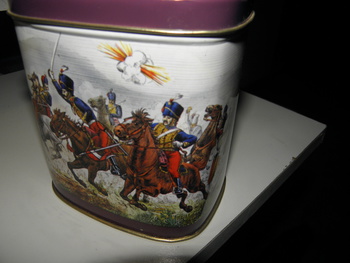 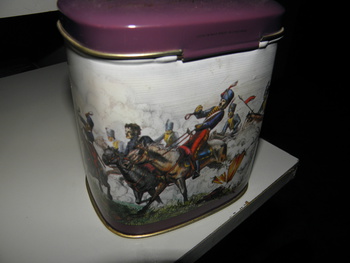 I have had this tin many years , no manufacturer name.
I dont know what was contents were only says
Made in England. [Charge of the light Brigade 1854]
The light Brigade consisted of 4th & 13th Light Dragoons.
17th Lancers. 8th & 11 Hussars armed with Lances .
and Sabres. 670 men Charged through a mass of Russian
Cavalry 5. 240 strong cut their way through and cut down
Enemy Gunners Losses were 9 Officers killed 12 Wounded
14 Serjeants killed 9 wounded 4 Trumpeters killed
3 wounded 129 rank & file killed 98 wounded.
Total killed 156 .wounded 98 . 60 taken prisoner .
All this on a wrongly heard order.