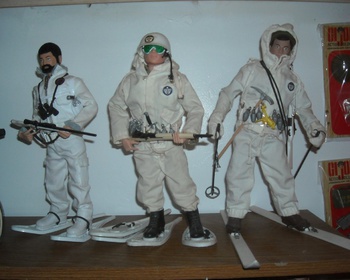 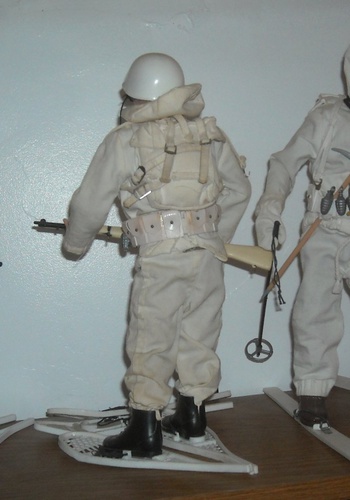 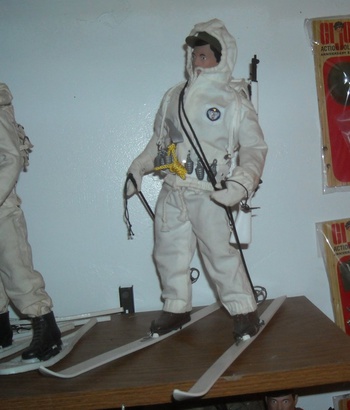 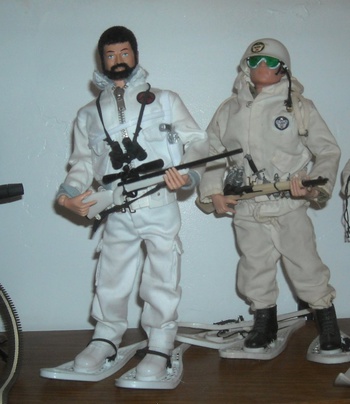 Also the GI Joe Club Arctic Adventurer which is more recent.
Anyway the vintage Ski Patrol and Mountain Troops is a combination of 3 sets. Hasbro had some clever marketing. All the pieces on the two figures on the right are original except for the ski poles. I think these were sold from 1964 to 1966.
The bearded figure on the left is the Arctic Adventurer which is a GI Joe Club exclusive from about 8 years ago I think.