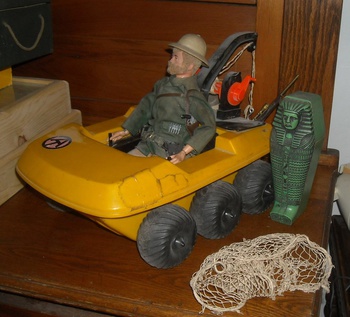 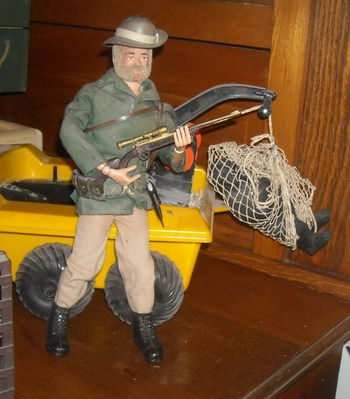 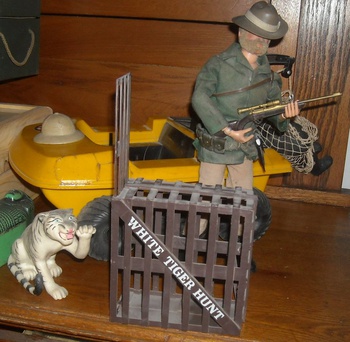 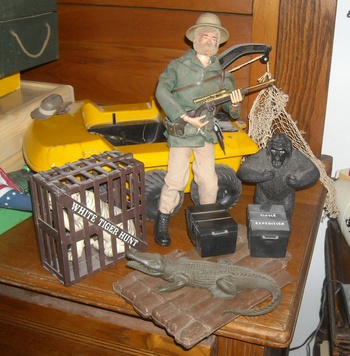 In 1969 Hasbro stopped the military figures and started the Adventures of GI Joe which led to the Adventure Team. This posts features some 1969 and 1970 sets. The figure is an Air Adventurer known for the life-like hair and beard, that is what Hasbro said anyway. He is wearing the outfit from the White Tiger Hunt. The pith helmet is from the Mummy's Tomb set.
First photo features the Mummy's Tomb set which features the ATV. It is a rather small mummy. The ATV actually floats and has a working winch perfect for hoisting the pygmy gorilla in the 2nd photo.
In the 3rd photo we see the dreaded yet small white tiger from the White Tiger Hunt. While GI Joe had a hunting rifle he safely trapped his small animal foes.
In the last photo we see the crocodile from the Mouth of Doom set along with what is left of the wooden raft.
Some more Adventure Team to come.