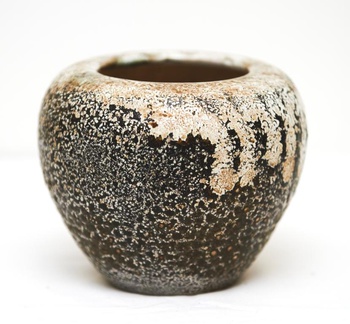 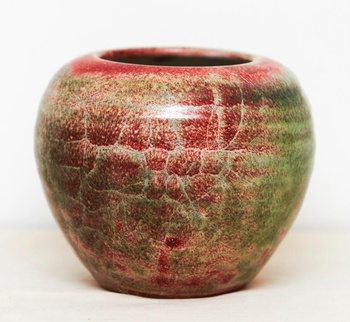 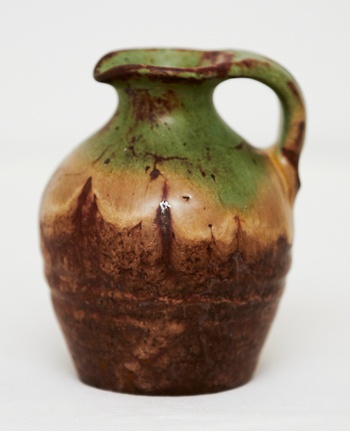 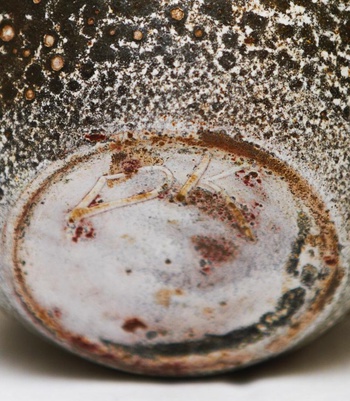 Two vases and a small rustic jug from Dagnaes Pottery. Dagnæs is a village in Jutland (W Denmark), and the Pottery was run from 1930 to the 1960’s by Niels Peter Nielsen (1888-1968). Trained as a potter in 1909 at Lervarefabrikken Annashaab (another pottery in the area) he started his own pottery, Egebjerg, that year (I’ve posted vases from both of these places). He ran it until 1918. After that he founded the slightly better know pottery factory Danico (1919-1929) which produced pottery very similar to what Kähler produced at the time (horn-glaze pottery) - probably because some of the potters there came from Kähler (although Kähler pottery is superior it is sometimes quite hard to tell the difference!). Finally he founded Dagnaes Pottery which he ran more or less to his death in 1968 – all in all six decades of pottery!

The black and white vase (pic 1) is quite typical, shape-wise, but the glaze is quite unusual for Dagnaes. The red vase in pic 2 is however instantly recognisable as a Dagnaes vase, with its horizontal grooves and burgundy glaze for which Nielsen became famous in the whole country! This glaze is quite interesting to look at, changing from dark red to greenish grey; on other vases you will see a more homogenous red. Finally there is the little rustic green and brown jug which is also quite typical. I inherited the b/w vase and the other two were found on flea markets.