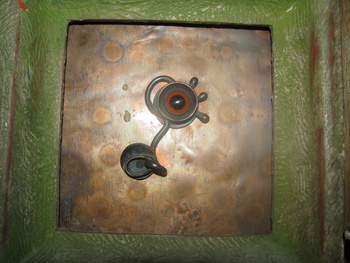 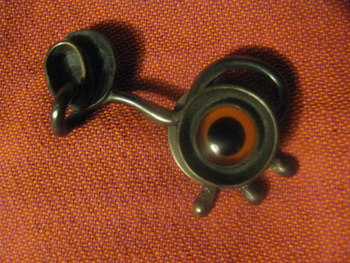 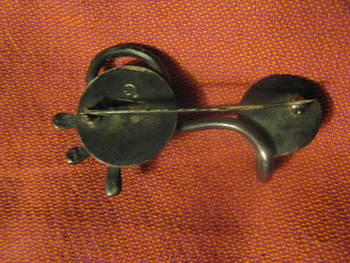 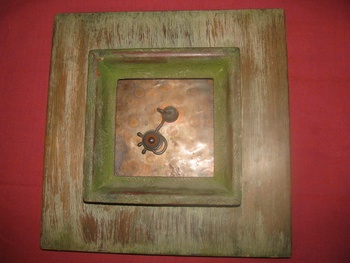 This Amazing, Important, Early work of Sam Kramer is dated 1946 (on back of the copper mount with hallmark) and is a wall hanging with detachable brooch. There is another brooch with a green taxidermy eye currently on display at the Fine Arts Museum ~ Boston. It is so interesting and can be viewed at various angles. For the Abstract Modernist connoisseur this is a real treat. Marbeth Schon has some of his work featured in her books and here is some information written by her about Sam Kramer:
"Sam Kramer (1913-1964) is best-known for his unconventional modernist jewelry, much of it biomorphic or anthropomorphic in design. He studied jewelry making at the University of Southern California in the 1930s. He studied gemology at New York University in 1939 and, that same year opened his own shop in Greenwich Village, later moving to West Eighth Street. His jewelry is unique and truly sculptural. It continues to be sought after by collectors of mid 20th Century handmade modernist jewelry.

Thank You for the Great Books Marbeth! =) pamelacargile@gmail.com