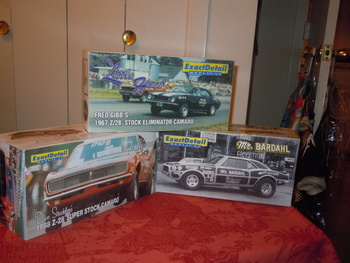 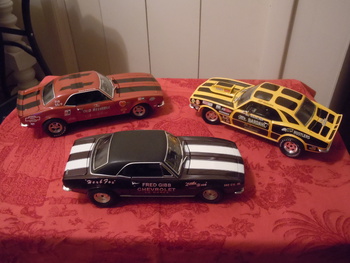 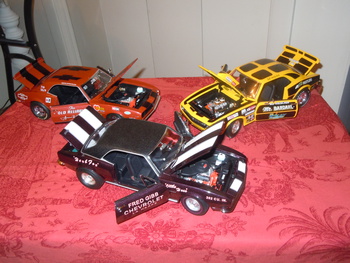 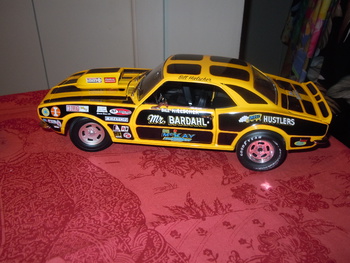 I am a huge vintage drag racing fan and when the opportunity came along to buy these three at once I could hardly refuse. What I loved about these was that they were limited production drag racing type Camaros of these iconic drivers and innovators of the sport of drag racing. These are my three ( so far ) Exact detail 1/18 scale die cast replicas of the nine vintage drag race 1967-68 Camaros that were made between june 2001 and March 2007 in various editions. There are 38 total 1967-68 Camaro replicas that were made of different versions of this iconic "Super car" of it's day. I am hoping to be able to at least acquire all of the drag racing versions in the next year. A daunting task for sure since they are all out of production being limited editions and finding them in virtually flawless condition. They were originally sold for around $89.95-$109.95. Some completely original, thats mint with box COA etc. and some special edition models are valued at considerably higher prices now. These have only been out of the box twice. Once to inspect before purchase and now for these photos and are about as mint as they come without so much as a fingerprint.