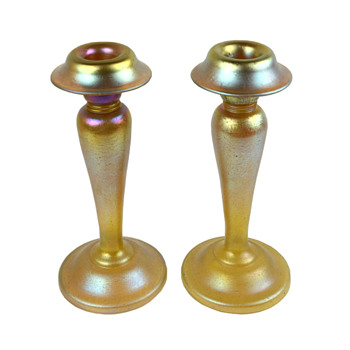 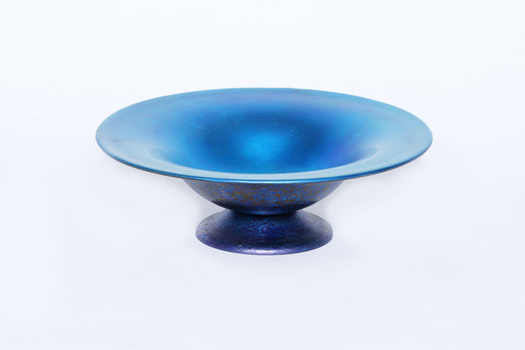 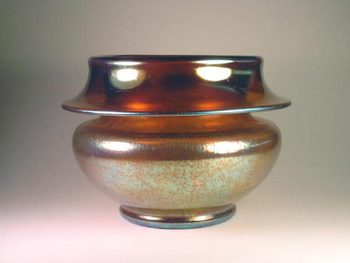 Another of Andy's posts. The third photo is of my own piece, which also has the acid-etched oval "Czecho-Slovakia" mark:

After the end of the First World War, Loetz concentrated on the American (this referring to both Americas) and the French markets. In the USA the glass taste was strongly influenced by Steuben and Durand products. The dominant colors were iridescent gold (aurene) and blue; the shapes were simple and modern.
Thus Loetz produced two series intended specially for the USA market, where most of them can be found today: the "mushroom" series in silberiris and the Papillon bowls with matte or mirror blue interiors. My candleholders on Candia ground show three different sections: a relatively coarse lower section, transparent connecting rings and a smoother upper section. They are about 9'' tall. The bowl is about 10'' in diameter and, as with the candleholders, has the Loetz oval mark.
Both these models are not too rare and also not too expensive, but until you can combine a nice shape, good condition, and a sensible seller, even a few years can pass.