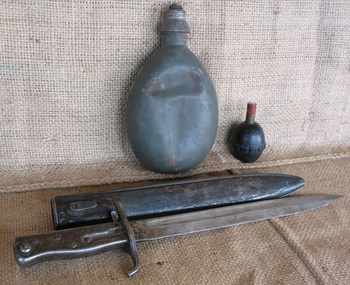 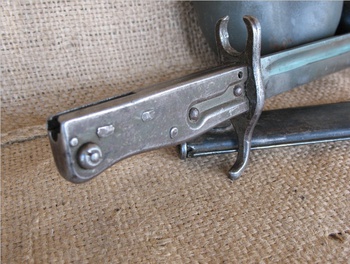 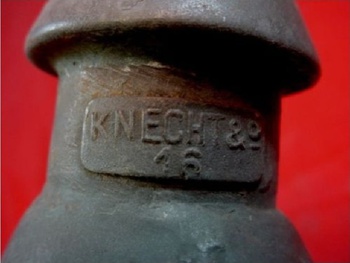 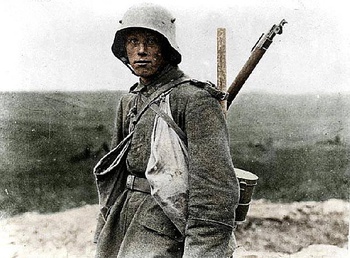 All-metal ersatz (substitute) bayonets were made in Germany during the early years of World War I, because there weren't enough regulation bayonets to equip the rapidly expanding army. This model is known as the Sg 88/98 ersatz bayonet for Gewehr 88 and 98 Mauser rifles.

WW1 German canteen also known as the enameled steel M1915 Feldflasche, the canteen is maker marked and dated 1916, still has the original corked cap but missing the leather carrying strap, some also had cloth covers.

[inert dummy egg grenade]
As WW1 Progressed, there was a need for a smaller grenade, something more portable than the heavy Kugel and less cumbersome than the stick types.

The 'egg' grenade ('Eierhandgranate') appeared in the beginning of 1917