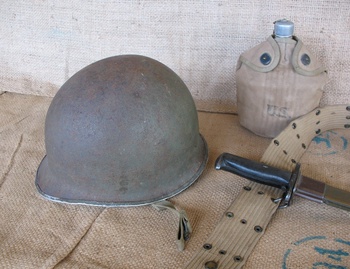 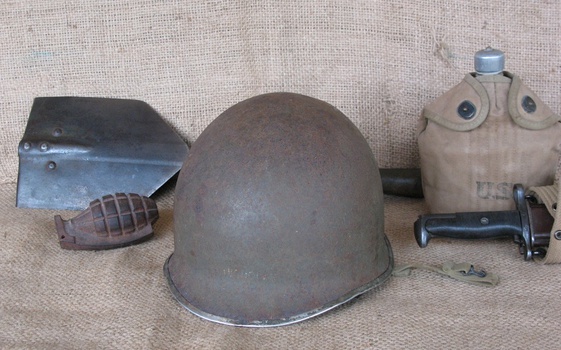 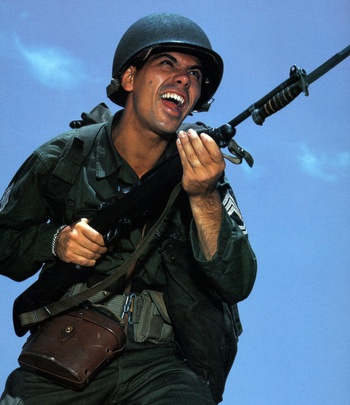 On each side of the helmet there are stainless steel loops for the chinstrap. The shape of these fixtures is one of the most recognizable distinguishing factors between shells produced at different times. Early World War II production helmets had fixed, rectangular loops, the helmet in my display is an early WWII type with the fixed loops or fixed bales, later helmets had swivel loops

The later swivel feature was adopted in 1943 to address the problem that when earlier helmets were dropped, the loops were more susceptible to breaking off.

the canteen is an early WWI model 1910 with a tan WWII web canteen pouch , lots of web gear & canteens left over from the First World War were still issued during WWII, they didnt start making the dark OD color web gear until late war around 1944 - 45

Technical Sergeant Richard S. Westhoven of Lancaster, Ohio, poses in full field equipment as issued to an infantryman with a U.S. Rifle Platoon.