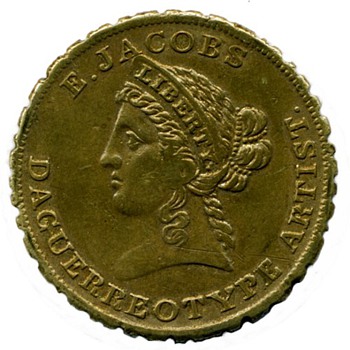 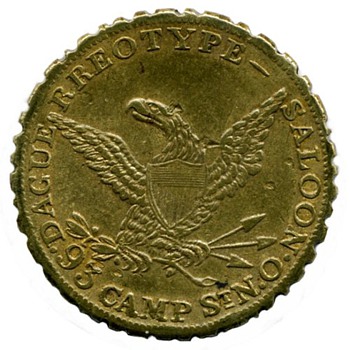 Daguerrian tokens are very uncommon and are nifty ‘go alongs’ for my Palmer & Longking daguerreotype camera. They are fascinating bits of photographic history because the earliest galleries advertised using 'broadsides' (small posters) and coin-like tokens. Shown here is a brass c.1850-58 token for E. Jacob, daguerreotype artist, New Orleans. I like this particular example because the artist’s advertising is around a Liberty Bust.