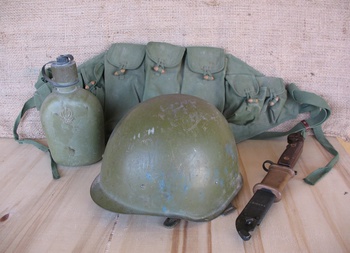 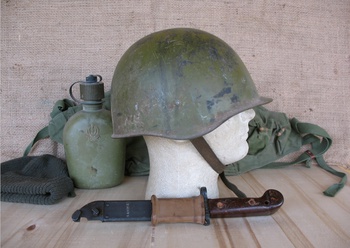 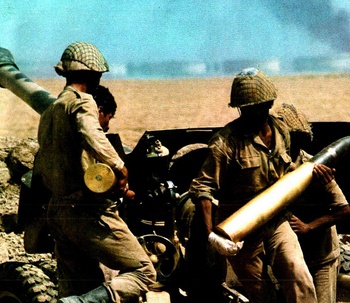 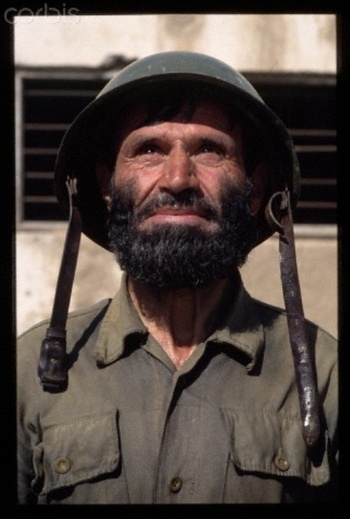 This display is some captured gear used by the Iraqis & Iranians leftover from the Iran Iraq War, the Iranian marked canteen came out of an abandoned Iraqi bunker, the Helmet is Soviet Model 40 and the AK47 magazine pouch is a Chinese Export ammo pouch used by Iraq military, the bayonet is a Romanian AKM Type-1, items are war trophies brought back by US servicemen.

Iran-Iraq War, (1980–88), prolonged military conflict between Iran and Iraq during the 1980s. Open warfare began on Sept. 22, 1980, when Iraqi armed forces invaded western Iran along the countries’ joint border, though Iraq claimed that the war had begun earlier that month, on September 4, when Iran shelled a number of border posts. Fighting was ended by a 1988 cease-fire, though the resumption of normal diplomatic relations and the withdrawal of troops did not take place until the signing of a formal peace agreement on Aug. 16, 1990.