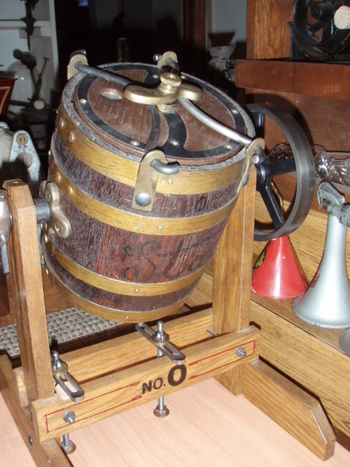 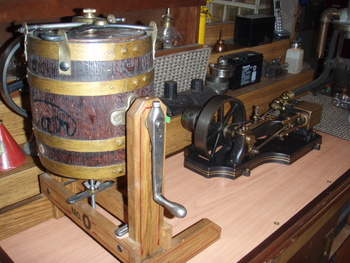 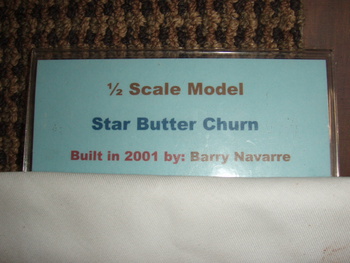 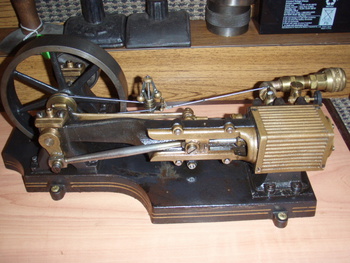 I copied this 1/2 scale Star Brand from a full sized #0 churn. I wanted to show it's operation without carrying the full sized engine around. It is built exactly like the full sized original and you could even churn butter in it if you so desired.
The churn and stand are about 14 in. tall. The original Star #0 churn is about 29 to 30 in. tall
I am powering it with a Sipp 1/4 hp. horizontal steam engine. These small steam engines were often used in sewing factories to wind bobbins. It was made at the turn of the century by the Sipp Engineering Co.
They makes a great display at shows because, by using a steam engine, you can run the churn slowly as were the full sized originals were run.
It also has a hand crank for manual operation ( as the original churn has)