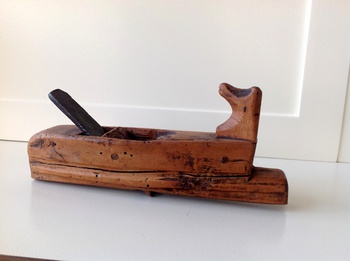 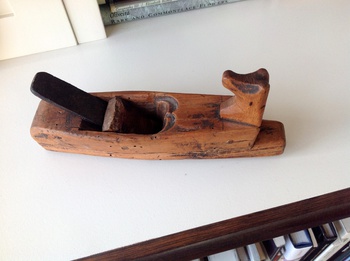 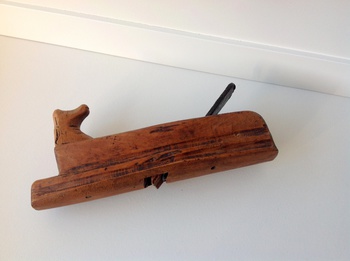 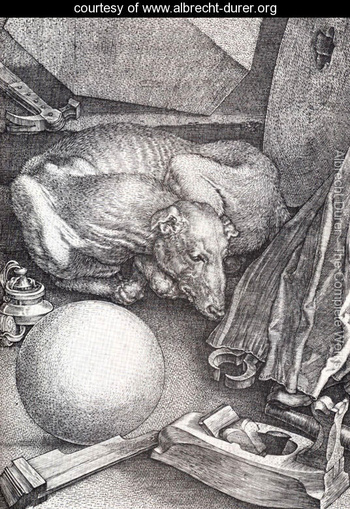 A Swiss friend of mine had this old plane displayed on a table in her home and it really caught my eye. The story on this plane is that it was given to my friend's mother many years ago by a man from the tiny town of Sapun, northwest of Davos in the canton of Graubünden. It is obviously very old, rather crudely made from low-quality wood (species not obvious). It has checked and split over the years and been pegged in several places. The horn may have been carved to suggest an animal head. The sole is markedly convex in cross section and the iron is ground to approximately match the shape of the sole but it is obviously not intended to produce precise moldings. Barrel staves, perhaps? The iron has no identifying marks and is very rough, pitted and obviously hand-forged. My friend sent me a .jpg of an Albrecht Durer print from 1514 which shows a plane similar to this one but, in fact, much more refined. (forth uploaded photo). I find this old tool quite fascinating to handle and closely examine. I like to imagine what its history might be, how old it might be, who made it, whose tool box it banged around in, what it was used for.