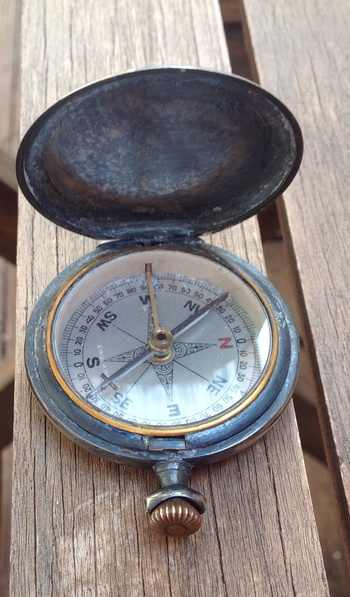 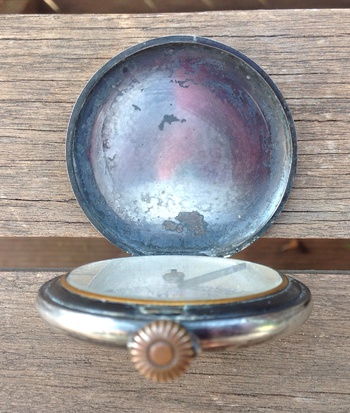 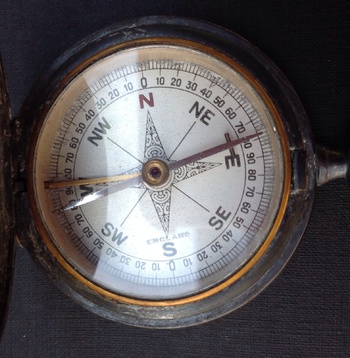 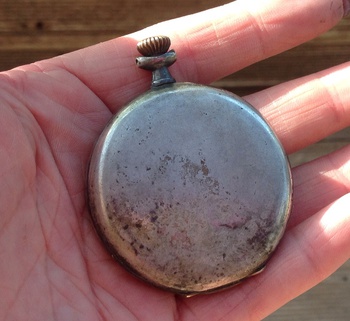 This is something completely different from my usual posts but I think it's a interesting object. It belongs to a friend and he has had it for many years and believes he may have been given it by an uncle who was an officer in the Gurka regiment during the Second World War in Burma. We have no idea of age, from looking at it it has been well used but is still in good working order, and looks good.
On the dial it is marked (engraved) England, no other markings on case. The compass measures 5cm in diameter and 7mm thick, and weighs 4.9 grams. He thinks it is silver or nickel plate on brass, it also has a transit lock. On the inside of the lid there appears to be some handwritten letters, but can't be sure. We have taken the back off but there are no markings except on the back of the dial which has written 20, which We presume is a serial number.
Any help would be most appreciated.
Many thanks for looking