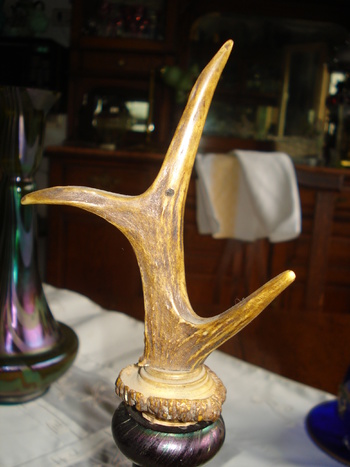 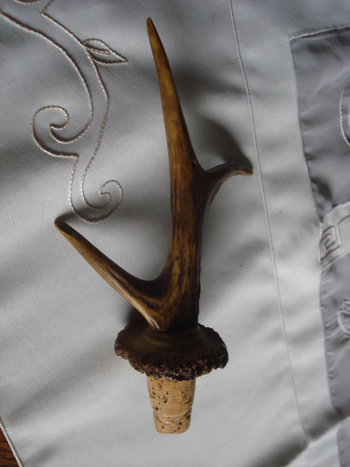 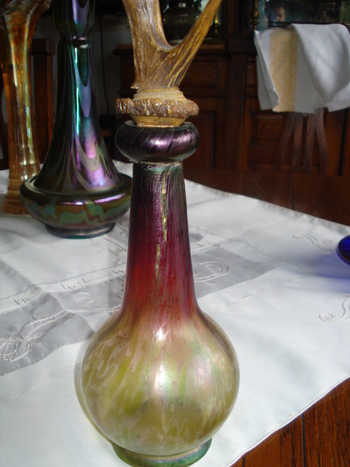 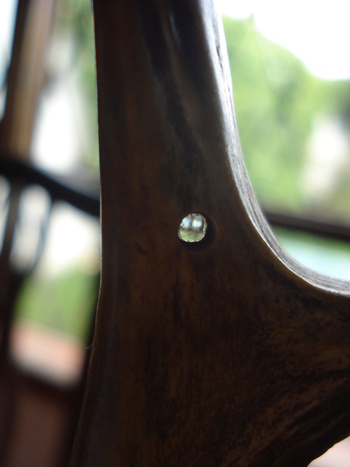 I bought this for Sergio as a souvenir in Buenos Aires San Telmo market, to the only dealer that understood that my budget was small. I wanted something amusing, divertido, a curiosity. I have been there in a work travel for two days about four years ago and he remained at home with the children. When first the salesman showed me the article I do not adore it a deer horn, I do not like pieces that come from animals because you can speculate they were kill to take their antlers. Then he showed the little hole with the micro photography inside and that made grow my interest, so I pick it up. Sergio liked it a lot. I tried to find out similar postcards to the picture inside, it has 4 sightseeings of:
zastlerhalde Feldberg http://www.delcampe.net/page/item/id,294756534,var,kk27344-Feldberg-Schwarzwald-Feldbergturm-Kat-Feldberg-Schwarzwald,language,F.html
Bismarck denkmal http://www.akpool.co.uk/postcards/25028437-postcard-feldberg-im-schwarzwald-baden-wuerttemberg-das-bismarckdenkmal
Feldberg turn 1500 m http://www.delcampe.net/page/item/id,294756564,var,kk27339-Feldberg-Schwarzwald-1495-m-ue-M-Kat-Feldberg-Schwarzwald,language,F.html
Feldsee http://www.delcampe.net/page/item/id,294756582,var,kk27455-Titisee-Feldberg-Fliegeraufnahme-Kat-Titisee-Neustadt,language,F.html
Wikipedia says that Feldbers is at 1,493 metres (4,898 ft) the Feldberg is the highest mountain in the Black Forest, and the highest in Germany outside of the Alps. The local municipality of Feldberg was named after the mountain. The nearest city is Freiburg im Breisgau. During the Cold War there were many antennas on a military tower at the summit, but these were removed some years ago. Today, there is a large TV / radio transmission mast, used by the regional broadcasting station, SWR (Southwest Broadcasting). In addition, the mountain is recognizable from its Bismarck Monument, in honor of the famous 19th-century chancellor of Germany, Otto von Bismarck. That confirmed that the article was German and that because of the buildings and type of photography immediately after the second war or during the war, the parents of my mother were the sole survivors of the Shoá, because came to Argentina before the WWII, thus having something of that period is emotional for me.
The hole length of the stopper or shutter is 16 cm and it is three points. It is not easy find an old stopper like this on the web. Sergio put it on display in a Pepita Rindskopf vase I had not post yet. I had not find any with a Stanhope. I ignored all about Stanhope before posting this so I put some bibliography for others https://blog.etsy.com/en/2012/history-lesson-stanhope-pendants/ is an article by Jeni Sandberg very illustrative and http://www.mainemaritimemuseum.org/collection/notes-from-the-orlop/in-the-blink-of-eye-our-stanhope-viewers/ there is a lesson about how seeing through, mine seems of the same time of that.