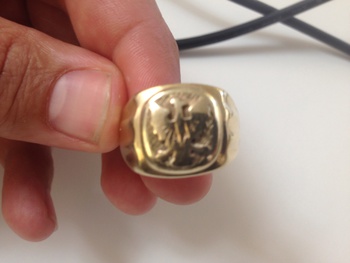 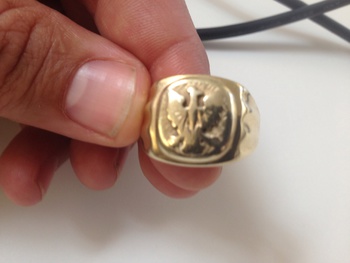 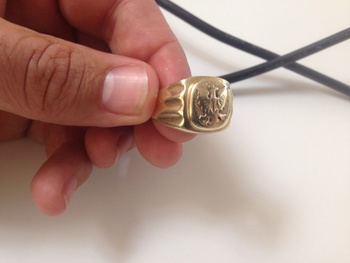 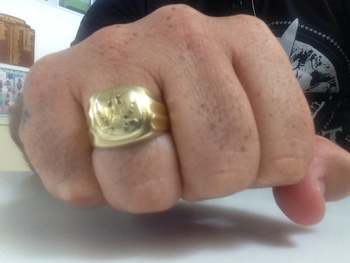 Gday, this ring was my fathers before he passed away three years ago and its now mine and it means alot to me. He was born in Glasgow before heading out to Australia as a teenager in the early 60's. He said that his mother gave him the ring and advised him that it was his fathers? I have had an informal discussion with a fellow of German background who noticed the ring and identified it as a being a Polish airforce ring from the early 40's which started my curiosity. All the Polish rings I have viewed on the internet face to the right, though mine faces to the left.
Does anyone know if this is of any significance or can identify the origin of the ring being military at all?
Many thanks Toby