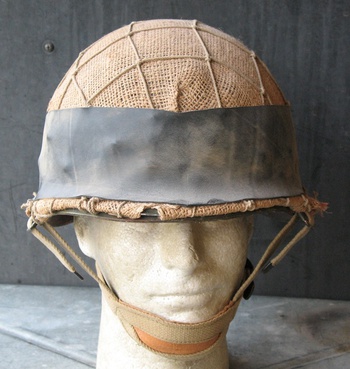 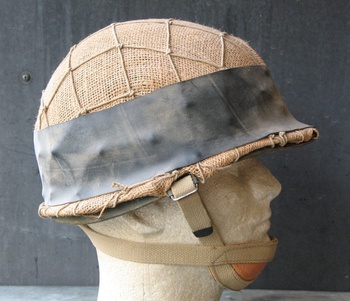 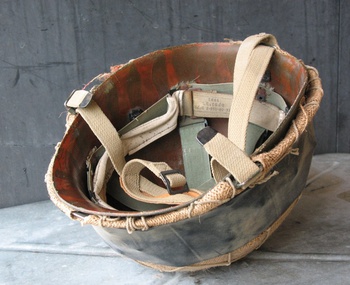 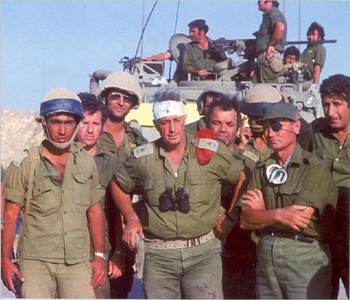 Israel was supplied with a variety of helmets in the early years from France, Great Britain and the US. Copied from the US M1 this helmet has had a three point chinstrap fitted, identical to that of the British Airborne helmets and an Israeli made liner, also copied from the US M1.

these Israeli used helmets can often be found with a mixture of US and Israeli parts, This helmet has a Burlap camo cover with a cargo net over it and also a piece of rubber inner tube from a truck tire as a helmet band.

Dating from the Six Day War era these helmets remained in service until gradually phased out by the M76 Orlite ballistic helmet.

Israeli troops in the Sinai During the Yom Kippur War, standing in the middle with the head bandage is General Ariel Sharon, next to him with the eye patch is Moshe Dyan, who was serving as Minister of Defense at the time.