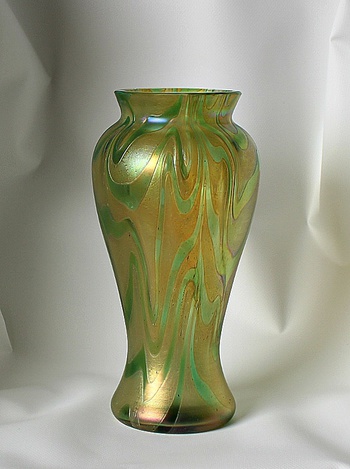 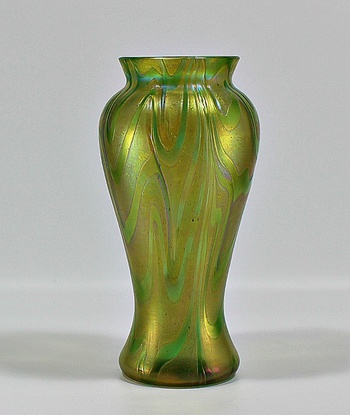 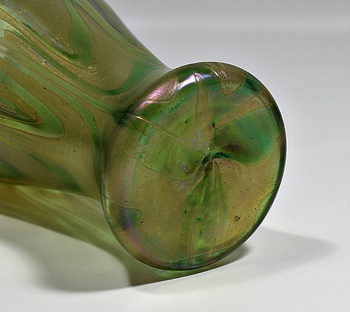 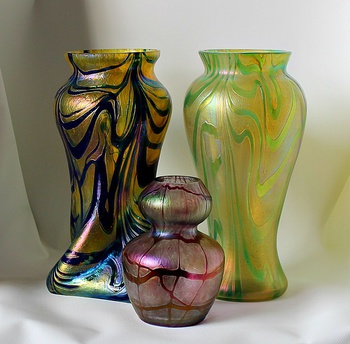 Here is a nice example of Kralik Aqua Gold. I have been wanting a nice example and so settled on this one. I posted in Facebook early this week that I could have sworn there was chatter that this décor was being attributed to Heckert, There seems to be so much shifting in attributions lately that it is hard to keep up!