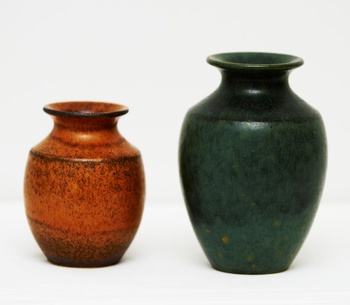 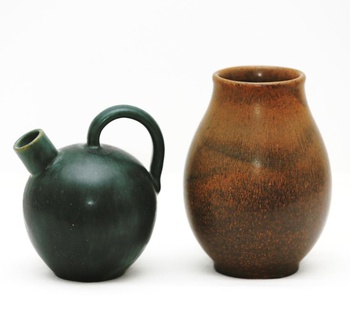 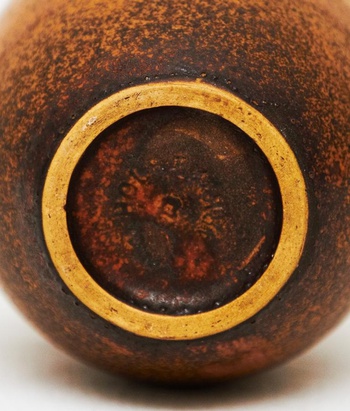 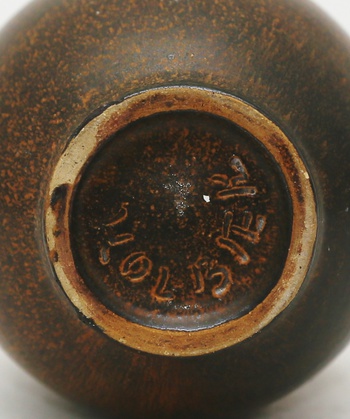 Four vases from a small regional pottery, Holbaek Lervarefabrik ('Holbaek Pottery'), which was run from 1878 until 1979. Established by H.C. Nielsen, it mainly produced objects for daily use, such as bowls, vases, planters, etc. It actually had its own clay pit and at one point it specialised in particularly hardy jam pots as the clay could be fired at very high degrees, resulting in earthenware which was almost as strong as stoneware. Judging from the style and the mark I guess the vases are from the 1930's-1940's.

H.C. Nielsen's sons Gerhard and Christian took over the Pottery in 1914 (Gerhard ran it alone from 1936-1946). Nevertheless, H.C. Nielsen continued his experiments with glazes (e.g. lustre and oxblood/sang de boeuf) and was very secretive about it - actually he burned all his recipes before his death in 1928! The dark teal glaze seen on two of the vases is very typical of Holbaek – and no other pottery used this type of glaze. The shapes are usually very simple.

The most well-known potter working for Holbaek Lervarefabrik apart from H.C. Nielsen was H.F. Gross (1888-1961) who is probably better know for the pottery (often vary large vases) he created for Knabstrup (another local pottery situated in the village of Knabstrup close to Holbaek) 1941-1945.