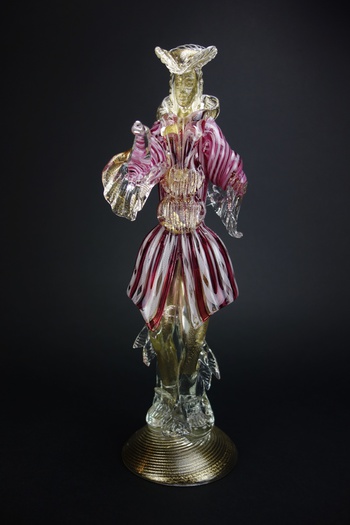 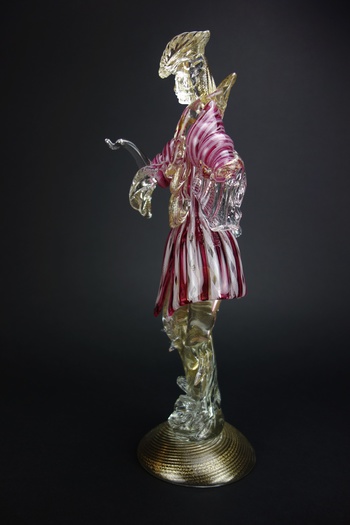 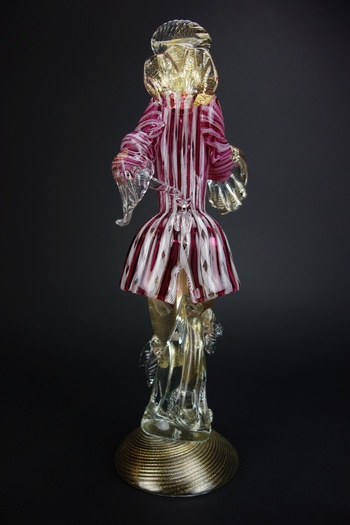 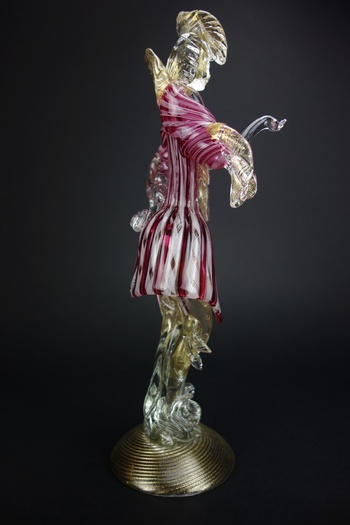 When I first began collecting Murano glass, I bought mainly birds, fish and other animals. I later discovered figurines depicting people, and thus began my love affair with courtesan figures, blackamoors and the many agricultural pieces by Seguso, Barovier, Barbini and Salviati. This was my first of these pieces, who Gloria and I nicknamed "Candyman". The red canes and white filigrana stripes on his jacket, remind us of a candy cane. He's quite large for this style of figurine standing 14" Tall. As always, thanks for looking.