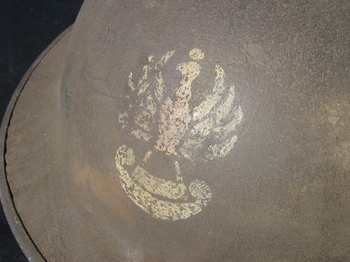 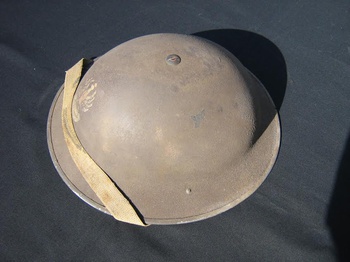 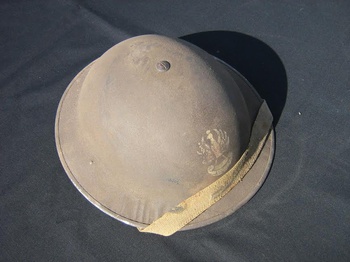 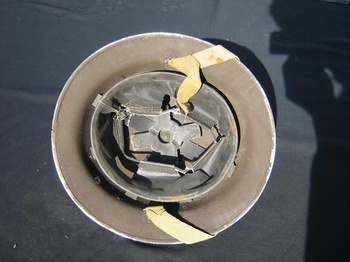 Mk II's flashed to the Polish Brigade in exile do not come up for sale in the market place very often and one has to be extremely diligent in there search as there are far more fakes being offered for sale than original period flashed examples .
The helmet body was produced by EC&CO and has a nice textured finish showing definite wear and a nice used patina,The liner was produced by JCS&W Ltd and is 1941 dated.
I am confident that the eagle was WW II period applied but is not an obvious and or widely recognized pattern and feel it stands a very good chance of being an early variation that was adopted and possibly applied for a very short period of time while the Polish Army in exile was being reconstituted in Scotland in early 1940.
This of course at this point is only speculation and a theory as there is no period evidence in the form of images to support this but it does cause one to pause and ponder the possibilities as there are many other one off WW II period variations to the Polish eagle known to have been applied to helmets.