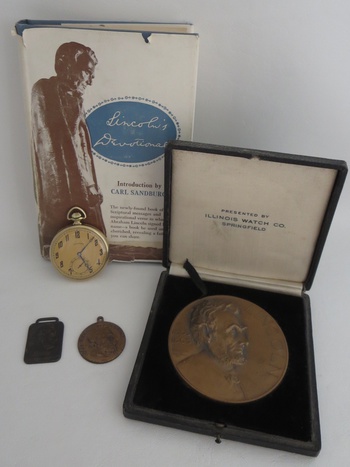 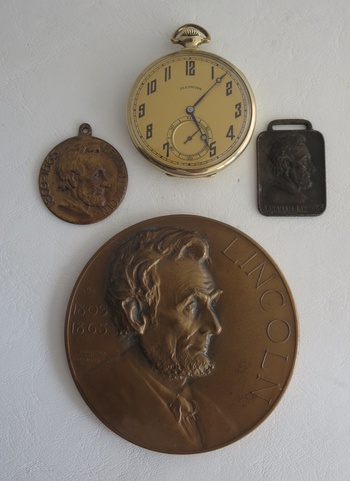 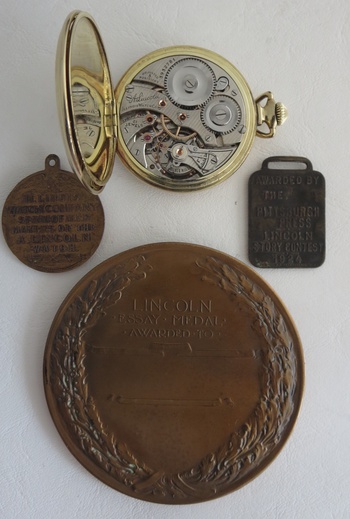 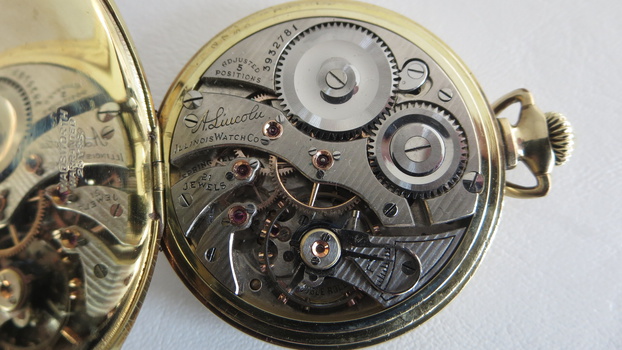 Second, the large medallion (approx. 3" in diameter):
Jacob Bunn, president of the Illinois Watch Company, reflected this perspective in sending the following announcement to the high schools of the nation: "In view of this city being the former home and burial place of our martyred president, Abraham Lincoln, and desiring to encourage the study of his life and character, this company without selfish motives have been considering for some time the advisability of presenting annually, to a student in the senior class of each High School in the United States, a very handsome medal of Abraham Lincoln. The idea in mind," Bunn continued, "is to present the medal on Lincoln's birthday" to the student at each high school who is deemed by a panel of at least three teachers to have written "the best short essay" on Lincoln.
Bunn was already in touch with Walter C. Heath, president of the Whitehead & Hoag Company of Newark, New Jersey, which welcomed the opportunity to strike the medal for the essay contest. A leading maker of emblems and pins, buttons and badges, and other "advertising novelties," Whitehead & Hoag had by 1924 manufactured at least seventy-five medals, plaques, tokens, and coins in honor of Lincoln, including the Illinois Watch Company's medalet.
On June 1, 1923, Heath of Whitehead & Hoag wrote Douglas Volk the first of many letters relating to Bunn's plans for the essay contest and the medal. An established artist, Volk had recently begun a series of Lincoln portraits that were based in part on the Lincoln life mask made by his father, Leonard Volk. A copy of this was what was used on the front of the medallion.

Third, the small medalet:
The watch company distributed a medalet and chain, to serve as a watch fob for the Lincoln watch. On the front was a profile of the president, with his name and dates on the circumference. On the back, between an eagle and a Roman fasces—or bundle of rods—was written in capital letters, Illinois / Watch Company / Springfield / Makers of the / A. Lincoln / Watch.
B. L. (Bela Lyon) Pratt, a leading Boston sculptor, designed the medalet, which was only about one and a quarter inches in diameter. The piece, although too small to be precisely rendered, was exceedingly popular. The watch company distributed hundreds of medalets both with and without its A. Lincoln watches. Also manufactured by the Whitehead & Hoag Company of Newark, New Jersey.
The rectangular bronze watch fob:
The front has the same embossed bust of Abraham Lincoln as the large medallion and ABRAHAM LINCOLN underneath.
The back has:
AWARDED BY THE PITTSBURGH PRESS
LINCOLN STORY CONTEST
1924
Also manufactured by the Whitehead & Hoag Company of Newark, New Jersey.

Thanks for looking,
Dave
Just realized the Mystery button was on. Sorry 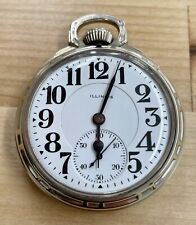 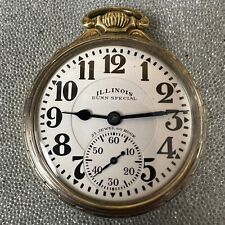 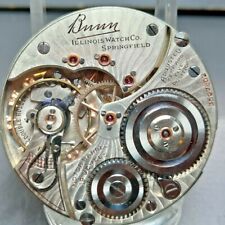 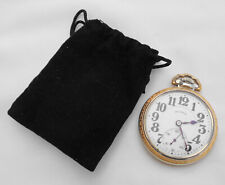