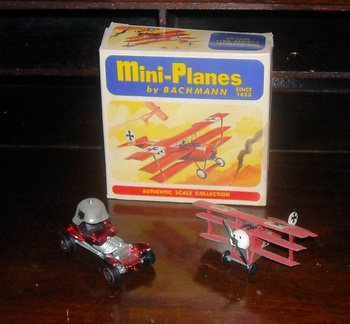 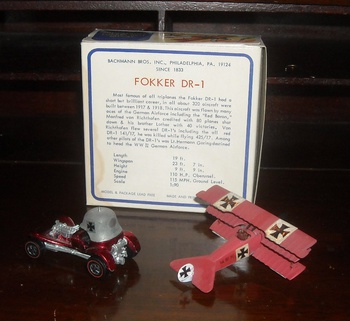 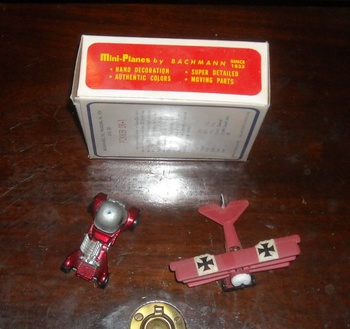 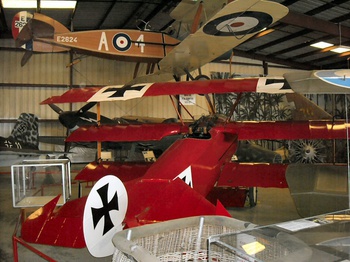 We have many posts with this Hot Wheels car. This one is a vintage Red Baron model released in 1970. It is dated 1969 on the underside but it first appears in the 1970 catalog.
Also included here is a Bachmann Mini-Plane Fokker DR-1 also called the Fokker tri-plane. These were sold in the 1970s and this is one of the earlier versions as it does not have a window box. They are plasticand fragile but they are quite affordable.
In the last photo is a flying replica of a DR-1 from the Planes of Fame museum at Chino, Ca.