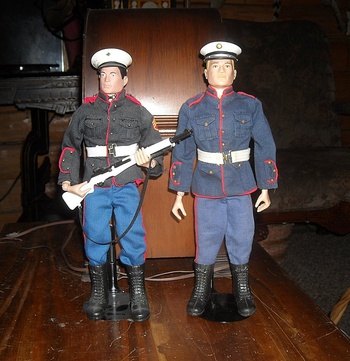 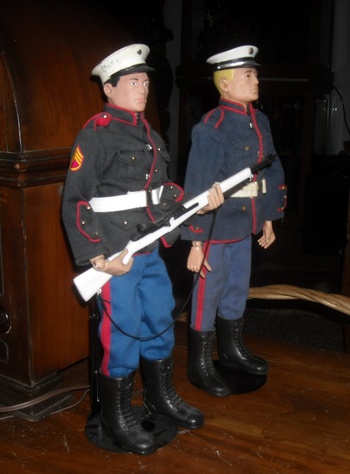 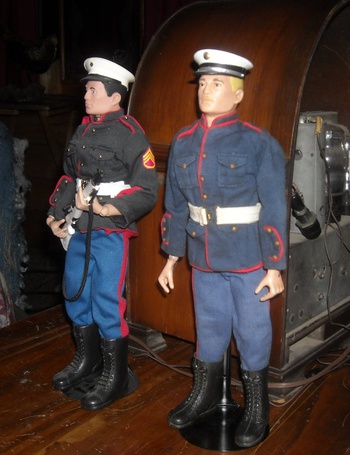 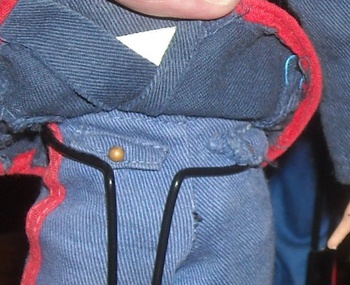 This is the Marine Dress Uniform set often seen on eBay as the "Dressed Marine" (which is wrong).
The set on the left with the rifle is the 40th anniversary version and the one on the right is the original. Actually I should say third version of the original due to the brass buttons. Probably from 1965.
They should be wearing shoes but they are so difficult to put on I went with boots so I wouldn't break off the feet. That and he doesn't have socks so the boots look a bit better.
In the last photo you can see the detail on the rear pockets which normally isn't visable as they covered by the jacket tails.