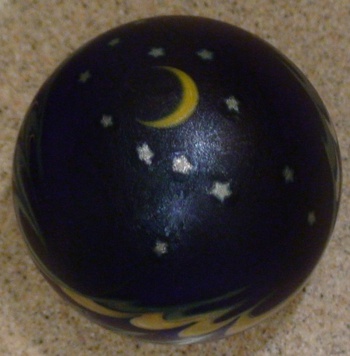 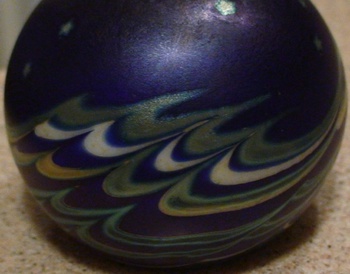 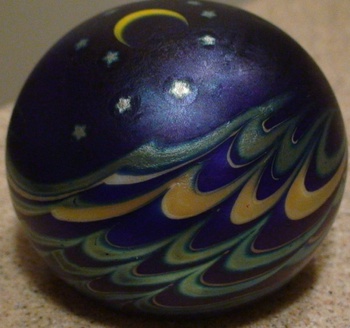 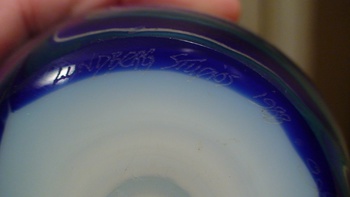 Lundberg Studios paperweight entitled "Night Sky" 1988 by Daniel Salazar. A bright yellow crescent moon and surrounded by stars shine in deep blue and iridescent night sky. The scene is surrounded at the base with an iridescent pulled pattern resembling a sea of high waves.
I just saw that one of these sold on Ruby Lane for $360.00!!!