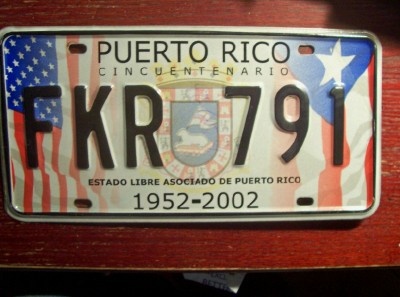 Here is a license plate from Puerto Rico that was issued in 2002 to commemorate the 50th Anniversary of the island as a commonwealth. The government stopped issuing these after 1 year due to the controversial nature of the plates which have both the Puerto Rican and US flags. These were only issued as an optional plate.