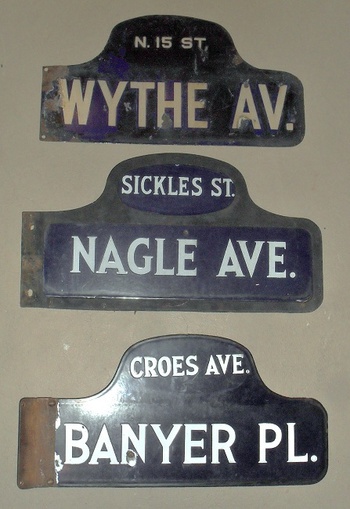 In the late 1910s, porcelain "humpback" street signs first appeared on New York City streets. They did not become widespread until the 1920s. Four of the five boroughs in New York City had these street signs in use, and they were Manhattan, Brooklyn, the Bronx, and Staten Island. My collection above shows three. One from each borough. From top to bottom, Brooklyn, Manhattan, and the Bronx.