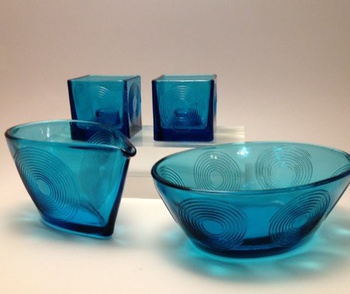 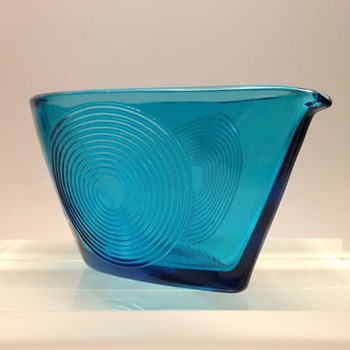 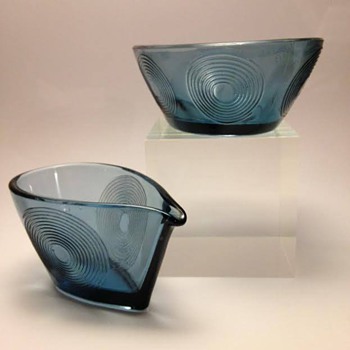 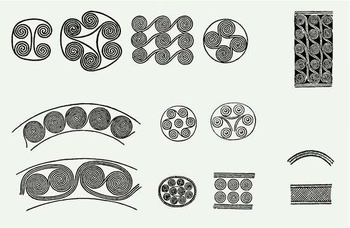 A decoration consisting of spiral patterns already occurred in the period around 1600 BC in Denmark, probably under the influence of imported bronze works from Southeast Europe.

About 1500 BC the spiral motif became increasingly dominant. Bronzes now be decorated with spirals that rolls up and resolves itself up. The coils connected together in groups joined together with tape and hooks are included in compositions with geometric patterns of great fineness.

So it is a really old pattern which Per Lütken has use in his glass design - the name "Skjold" means shield - many Viking shield had this spiral pattern on the front.