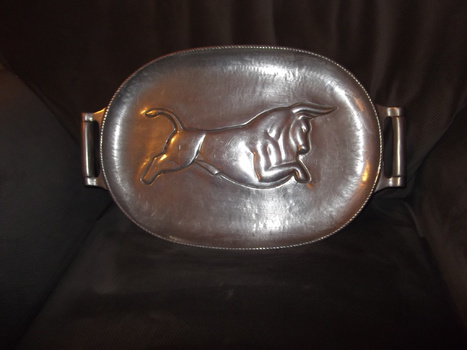 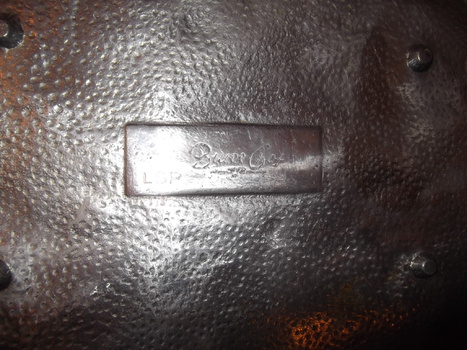 Tray is 20" long by 12" wide, heavy hand wrought aluminum. The signature on the back was difficult to make out...at first I thought it said Bruce Cox. Found later that Bruce Fox was a metal smith who worked in aluminum through the forties and fifties. His company later stopped making these home Items and started making trophies. Foud this buried on a shelf at Goodwill for $2, and it was half off the day I got it so I only paid a buck for it.