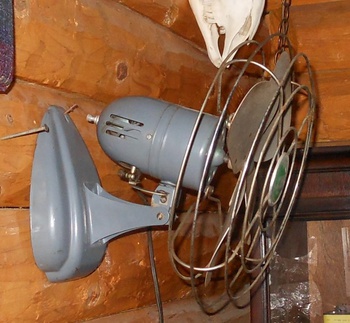 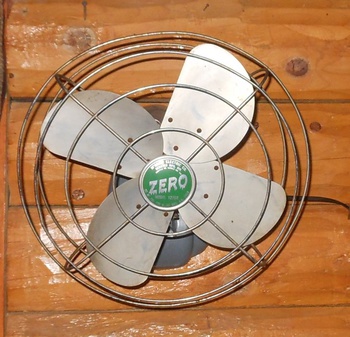 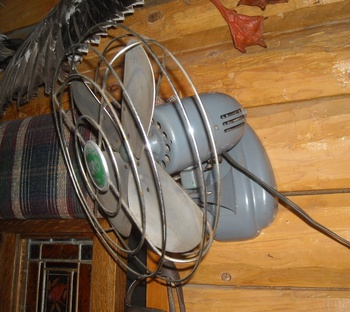 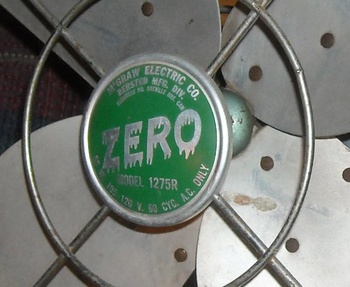 Al Bersted was known for making cheap appliances. Toasters, waffle irons and mostly electric fans. These were sold under many names and many brands. Often these were sold in dime stores often under the brand name would be the name of the store selling it.
Some notes on the fan. It has a 13" cage and oscillates, that and it moves back and forth. It is made from stamped metal unlike a more expensive fan like a Westinghouse which would be made like a tank.
This fan is known for having one of the best logos ever with the melting ice" Zero".
Vintage fans almost always have a feature for mounting it to a wall. A fan from the 20s would have three or four holes to bolt the fan to a wall. This one is much lighter and requires a single screw to hold it up.