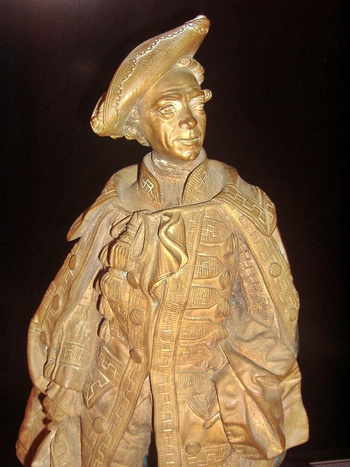 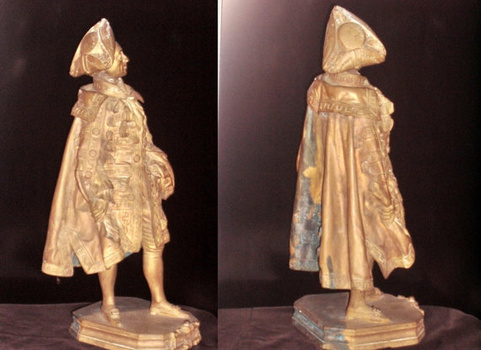 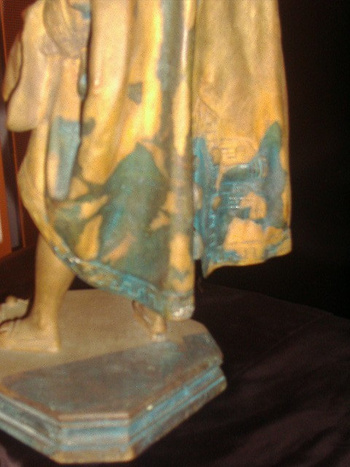 Rare French Bronze--Master is a mystery !!

"Monrose" on the front ,but that is not the artist. It is the model....

The most detailed bronze that I have EVER seen...
--even in museums !!

The angle of the figures stance is unbelievable !!
Most would "tip over"

I believe this figure was created for display in the theater/ school in France..{where Morose worked}--don't think it ever made it.

The figure appears to have been draped with a cover....that had partially disintegrated in the back.
No signature to be found,which leads me to believe that it was to be attached to a base and never completed.