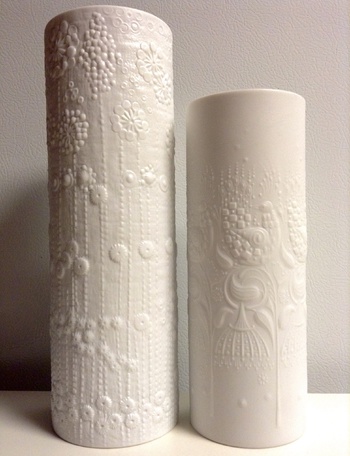 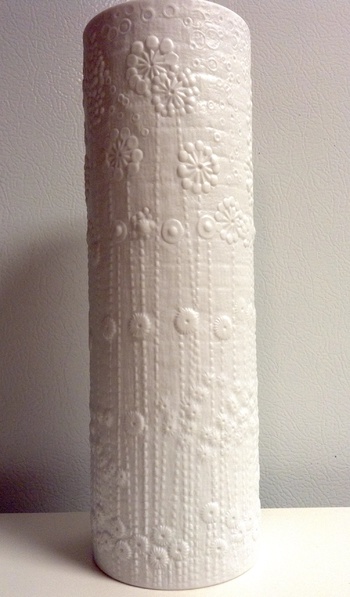 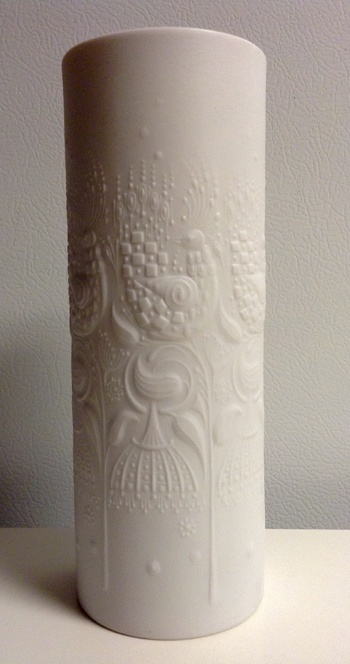 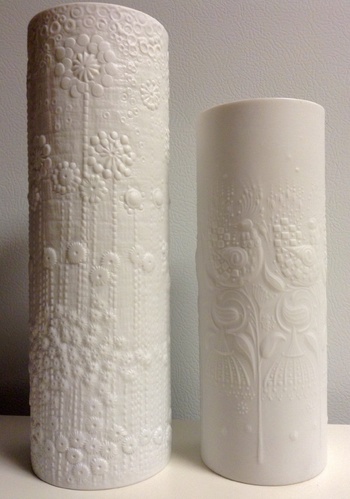 Bjørn Wiinblad has a high profile worldwide as painter, stage designer, poster designer, designer of tapestries and ceramist. He is regarded one of the most imaginative and versatile artists of our times. Wiinblad has been working for Rosenthal since 1957.

Martin Freyer (1909-1974) was a well known German designer
(he did the VW logo) and worked for Rosenthal from 1964 to 1974. Amongst his works were glasses and pretty vases for Rosenthal Studio-Linie Structura. The decor of this piece is floral but reminds me also of an under-water-scenario.