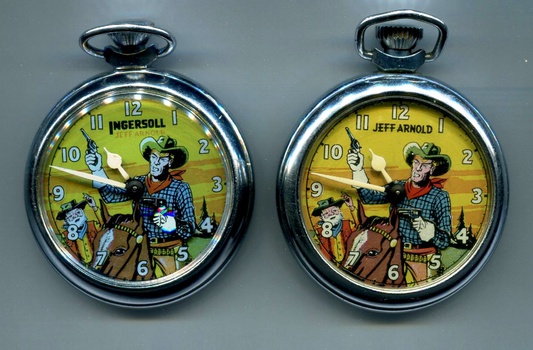 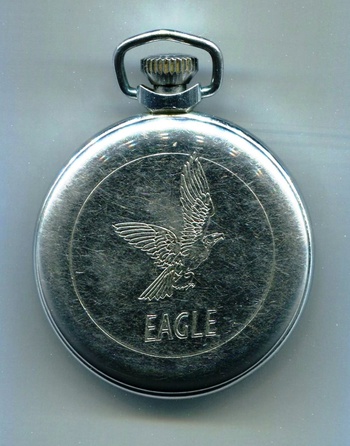 These are the companion pocket watches to the Dan Dare watches commissioned by Eagle comic in the early 1950's.
Similarly, the first version has "Ingersoll" prominant which was met by disapproval, so a second version was produced changing the image to read "Jeff Arnold"
The reverse of the case shows the "Eagle" logo, which is the same on both of the Jeff Arnold & Dan Dare watches.
'Dan Dare - Pilot of the Future' and 'Jeff Arnold - Riders of the Range' were characters from colour strips in the Eagle comic first published in April 1950 drawn by artists Frank Hampson (DD) and Frank Humphris (JA). 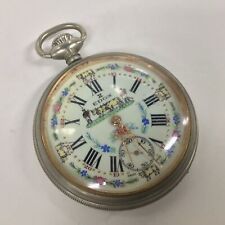 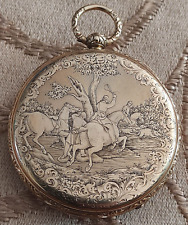 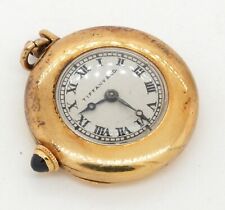 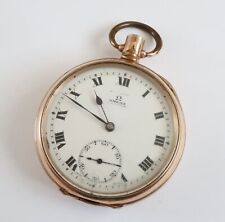