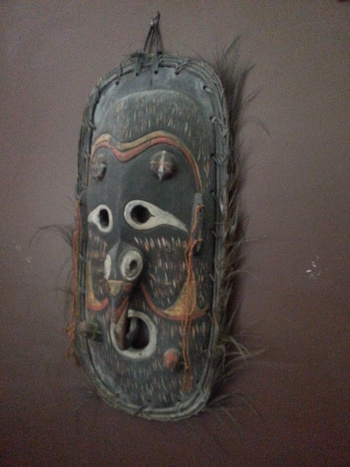 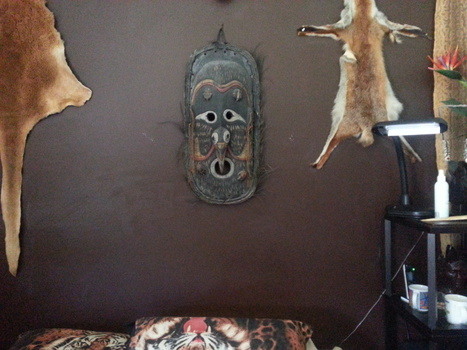 Angoram, East Sepik Province, Papua New Guinea
Angoram area clan mask with woven edge and cassowary feather tuffs.
Angoram is outside the Middle Sepik, but many of the carvers live in this regional administrative center. After WW2, the Australian government gave plots of land to men from the East Sepik Province who had fought for the Allies. This area just upstream from Angoram is known as the Service Camp. Other groups of people from the Sepik villages live in the Gavien Resettlement Project rubber plantation on the road out from Wewak.
This is another tribal goodie scored from auction.My hubby collects tribal artifacts.