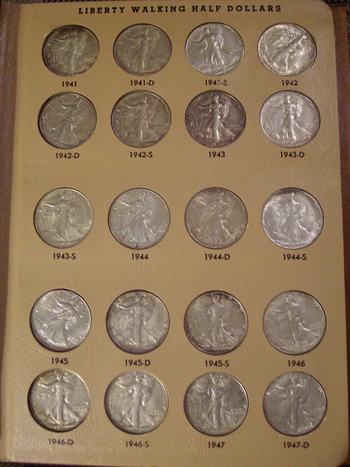 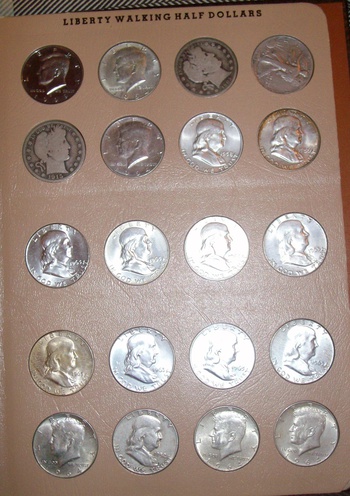 This is a set that goes back to my early days of coin collecting. In pic one is what is called The Walker Short Set (which consists of all the dates and mints from 1941 to 1947). On page two of this 2-page album is another 20 assorted silver half dollars. It actually represents the entire different kinds of silver half dollars used in the 20 century. Each half dollar is 90% silver and 10% copper. A U.S. silver half dollar contains .36369 ounces of pure silver making the 40 you see here (20-per-page) approx 14 and one half ounces of silver. But the coins are worth a little more for their numismatic value. The Walking Liberty half dollar was minted from 1916 through 1947. The Franklin half from 1948 through 1963 and the Kennedy half from 1964 to present. The other half dollar you see is a Barber half and it was minted starting in 1892 and ended in 1915.