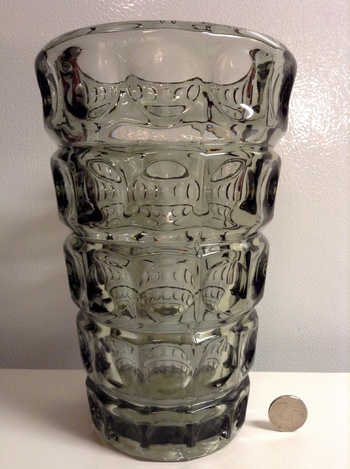 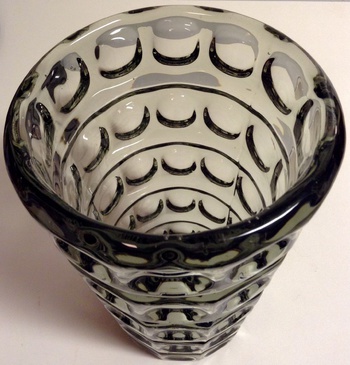 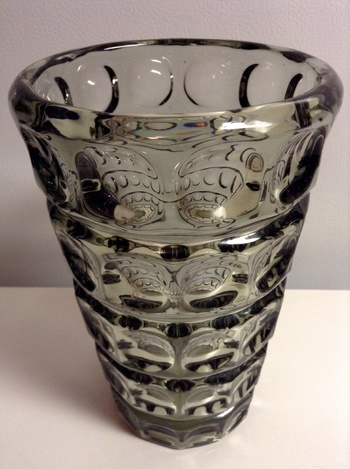 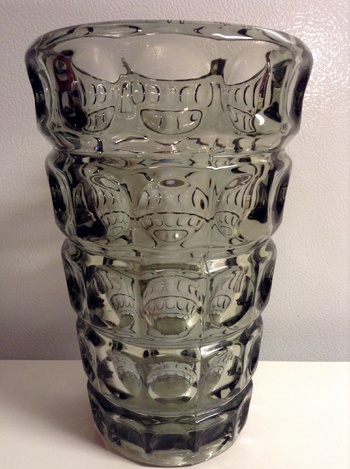 This is pattern No. 20040 from the Czech glassworks Hermanova Hut, designed by noted Czech designer Frantisek Peceny, one of a loose group of modernist designers known now as the Sko (Czech for “ glass”) Union. These designers quietly defied the Soviet-era censors and put forth current modernist designs that were as forward as any in the West. The economic value of Czech glassware made it one of the few manufactured goods traded with the West, and thus it was allowed by the Communist government. This vase, in a light smoke colored pressed glass, was designed and put into production around 1960, and was made in several colors. It stands 8” tall and is 5 1/4” across at the top. This piece has the distinctive “birdbath base” indentation on the bottom, and the foot ring has been ground flat. This is a wonderful brilliant piece with its “Thousand Eyes” design!