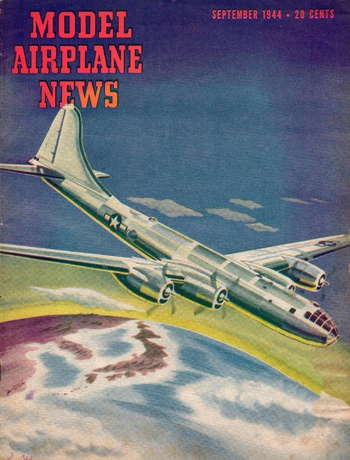 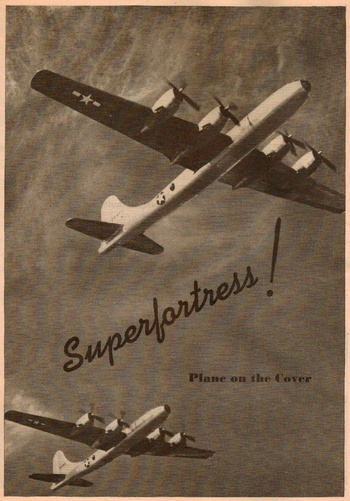 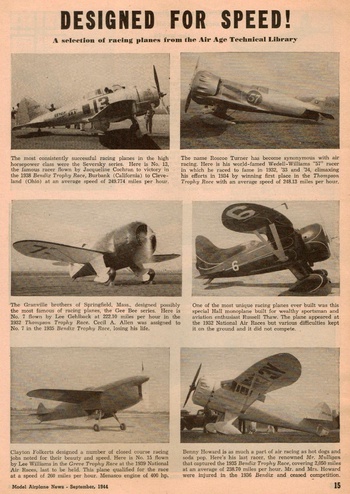 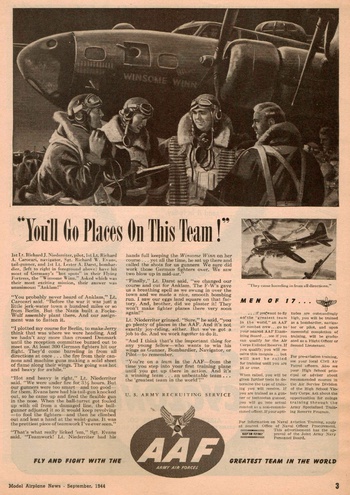 - "Model Airplane News" magazine / Sept., 1944 issue / Vol. 31, No. 3
- Published by Air Age, Inc., Mount Morris, Illinois - Hobby magazine
- Featured on the cover is the Boeing B-29 Bomber "Superfortress" - stories inside feature a description of this plane, and stories of actual airplanes currently in use around the world and model plane enthusiasts from America, England, France, and Italy. This issue contains information on some racing aircraft from the 1930's and also shown above in picture four is a recruitment advertisement for the Army-Air Forces - Advertisements for modeling supplies and kits for planes, boats, masted ships, military vehicles, and cars including tips for building and operating scale model replicas. -- paperback / 72 pages / fully illustrated
** The B-29 Superfortress is a four-engine propeller-driven heavy bomber designed by Boeing that was flown primarily by the United States toward the end of World War II and during the Korean War. It was one of the largest aircraft to have seen service during World War II and a very advanced bomber for its time, with features such as a pressurized cabin, an electronic fire-control system, and a quartet of remote-controlled machine-gun turrets operated by the fire-control system in addition to its defensive tail gun installation. The name "Superfortress" was derived from that of its well-known predecessor, the B-17 Flying Fortress. Although designed as a high-altitude strategic bomber, and initially used in this role against the Empire of Japan, these attacks proved to be disappointing; as a result the B-29 became the primary aircraft used in the American firebombing campaign, and was used extensively in low-altitude night-time incendiary bombing missions. One of the B-29's final roles during World War II was carrying out the atomic bomb attacks on Hiroshima and Nagasaki. - The aircraft was retired in 1960.