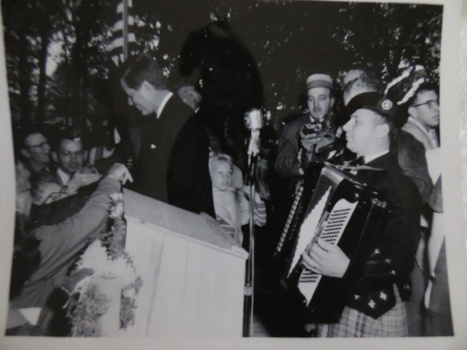 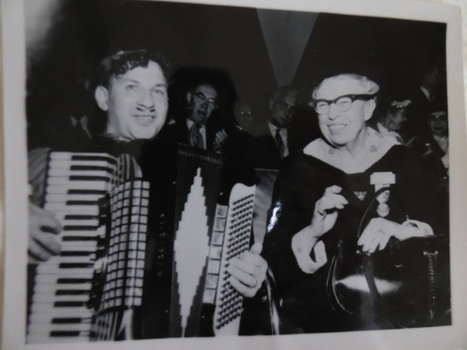 Here is what we believe to be some personal photos taken during John F Kennedy's Presidential Campaign tour while he speaks to people at some type of gathering. Along with the photo of Kennedy we also found an additional photo of some of the people attending the event.

Can you help us determine where and when these photos were taken. We think that they are from between 1957 and 1961. We believe that it was possibly taken when he addressed the United Auto Workers Association in Toledo Ohio.

Finally, we believe that the women in these pictures is Eleanor Roosevelt who was a very big supporter of the United Auto Worker Association and supported JFK as he ran for President.

Can you help us connect the dots on these photos and if you know any of the other persons in the pictures we would love to be able to add their names to the inventory on these photos.