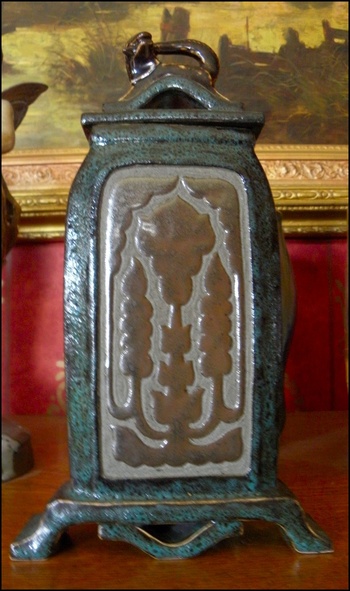 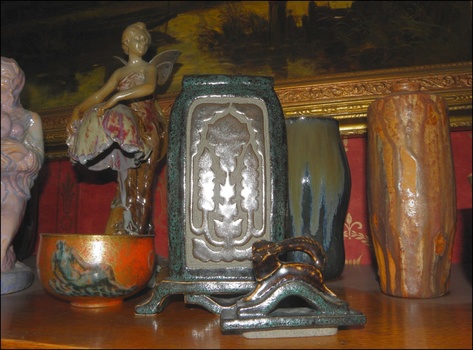 Séraphin Nikolaevich Soudbinine was born in Russia in 1870. At the age of 32, Soudbinine moved to Paris and began to study at Auguste Rodin’s studio. He was Rodin’s primary stone carver for many years and is well known for his work on Rodin’s The Hand of God. Soudbinine was an accomplished sculptor in his own right and also collaborated with artist Jean Dunand on several significant Art Deco design projects. Soudbinine began to make ceramics later in his life, exhibiting works in New York during the 1920s. His ceramics combine the influences of Russian folk art and Chinese art - this information is from Jason Jacques Inc.

A dragon or serpent biting its tail is said to symbolize eternity and the soul of the world. This seems to fit with the "Tree of Life" decoration on the jar.

I have been told that Soudbinine starved to death in the streets of Paris, France during World War II.