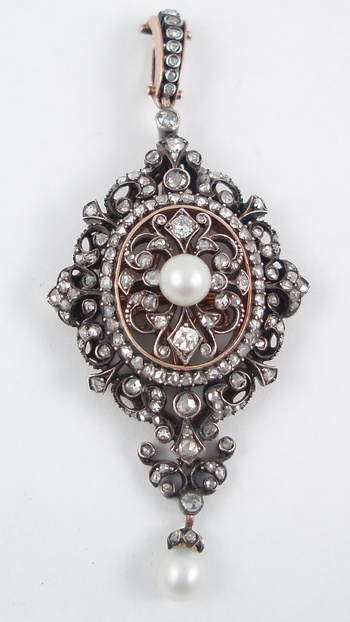 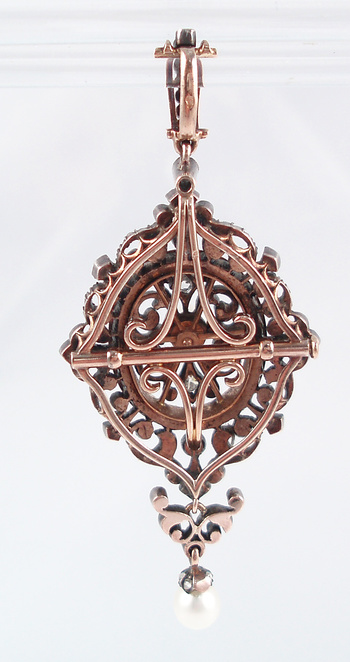 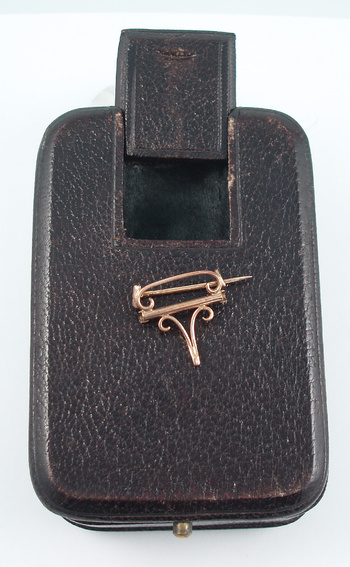 Boucheron convertable pendant/brooch, with rose cut diamonds and pearls set in 18K and silver, in original box with a small compartment for the brooch mechanism. Brooch is circa 1868.

The House of Boucheron is a French family dynasty founded by Frederic Boucheron in 1858, with the opening of his first store in the Galerie de Valois, at Palais-Royal, during the heyday of the Second French Empire. He created his atelier in 1866 and a year later won the Gold Medal during the Exposition Universelle (1867).

In 1893, Frédéric Boucheron became the first jeweller to move to Place Vendôme. Legend has it that he chose 26 Place Vendôme, where Boucheron remains to this day, because it was the sunniest corner of the square. He believed that the diamonds in the windows would sparkle all the more brilliantly.