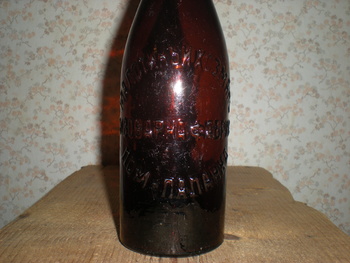 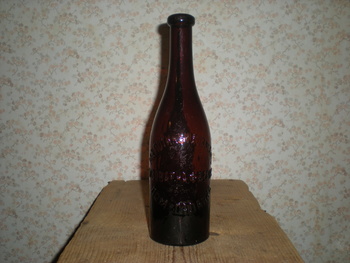 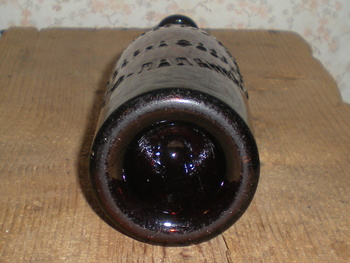 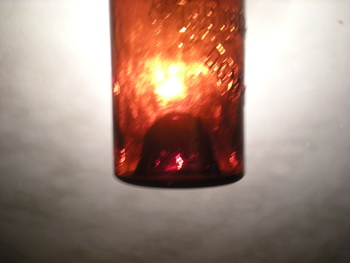 This is a very rare Bulgarian beer bottle, I have not seen another one survived nor photo (probably not only survived but for now I do not know of any other). It is produced for the brewing factory "Milotin and Hozman" in the town of Lom which is located near Vidin on the Danube.This brewery was founded by two Czechs and Hozman Milotin in 1894. An interesting fact is that almost all breweries in Bulgaria were founded by Czechs! Bottom of the bottle is strongly convex as a wine bottle (until now I had not seen so curved bottom of a beer bottle).This bottle should be dated to 1894 1895 and probably the first model of this company! I actually really like this drink. Cheers! :)