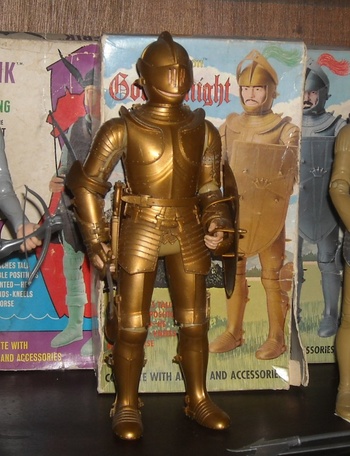 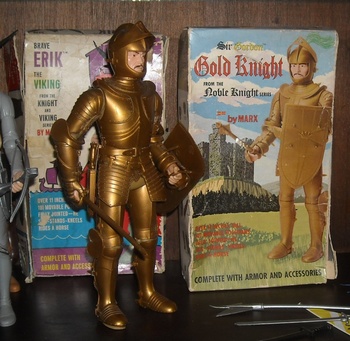 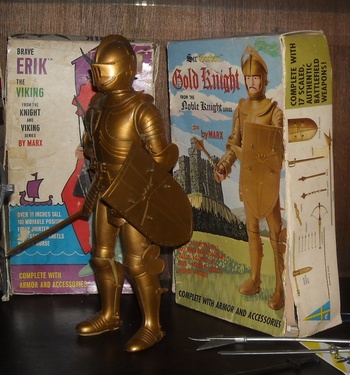 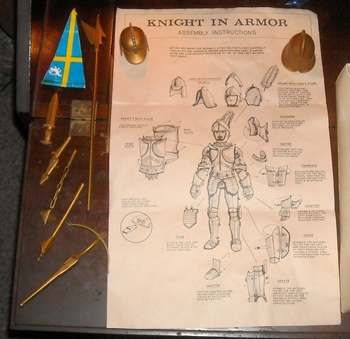 The Noble Knight series was released in 1968 and sold until 1973. It is in the same scale as GI Joe which is 1/6th or 12" scale. In addition there was Sir Stuart the silver knight and horses for the knights. In the UK there was also a Black Knight which is very rare. Later on a apir of Vikings were added to the line also with horses.
Back to Sir Gordon he came with a set of armor based on 15th century knights which was the height of the armor area. You can see a detail of the armor pieces in the last photo.
He also came with a large assortment of weapons. These included a sword, knife, very early pistol, crossbow with six bolts, halberd, flail, and mace.
Much more to come as usual.