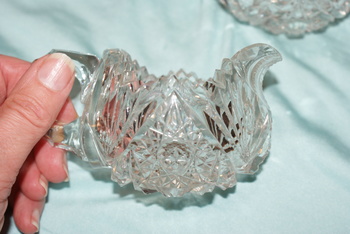 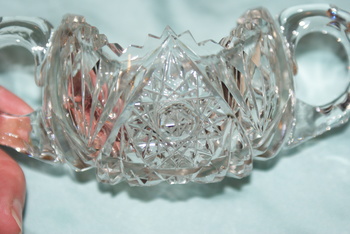 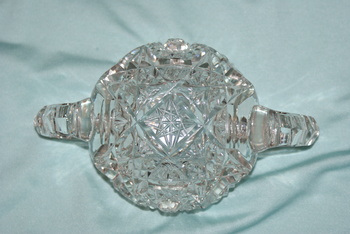 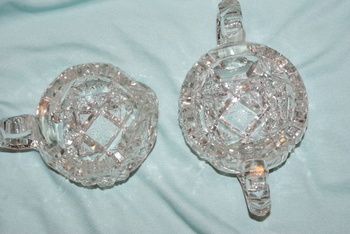 Recently I saw a set very similar to the one I posted but I didn’t buy it. I was pressed glass and had a mark inside that dated it back to around 1905 – 1910. I didn’t like it that much because it was very heavy and rather rough. When I say the set I posted here, it reminded me of the one I had seen earlier but this one seems to be better made. The glass is clear and the lines seem to be crisp. I believe it is cut rather than pressed. The pieces are rather heavy and in pretty good shape. Based on the similarity of the two sets (the one with the mark and my one) I would think that this one is from the early part of the last century too.

I have looked on line for similar items and there are a lot out there. Many of them are listed as American Brilliant Cut but because I really don’t know anything about the maker and the pattern, I wouldn’t make a claim like that. Also, I came across some Canadian cut glass that looked similar.

Any help would be greatly appreciated.