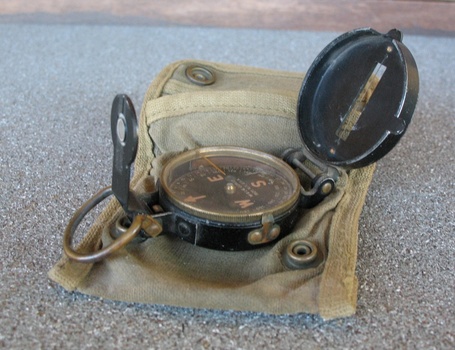 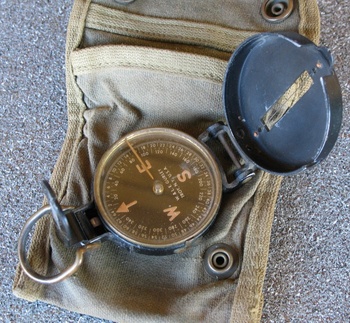 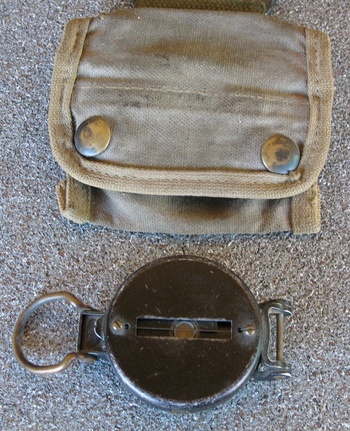 This compass is one of the first models without any markings on the case made in the early years prior to WWII probably around 1939 - 1940 era.

The web carry pouch is also an early WWII pouch with "Dura Snaps" often seen with the unmarked Lensatic compass like mine, and are considered rare and not as common as the later lift the dot type pouches mfg later.

the dial shows a maker mark: