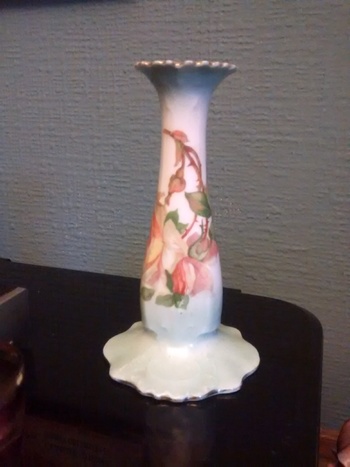 MZ Austria is the wording on a mark used by Moritz Zdekauer on porcelains made at his works in Altrolau, Austria, from 1884 to 1909. Zdekauer's company exported pieces to American and Dutch colonies before it was bought by another company. The mark was changed to MZ Altrolau in 1909, when the firm was purchased by C.M. Hutschenreuther. The firm operated under the name Altrolau Porcelain Factories from 1909 to 1945.

My candlestick has the M Z Austria mark so it was made sometime between 1884 to 1909. 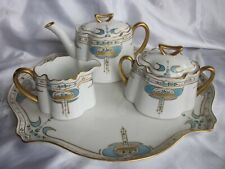 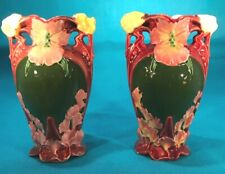