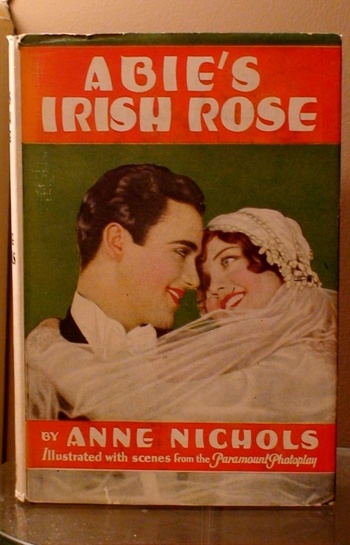 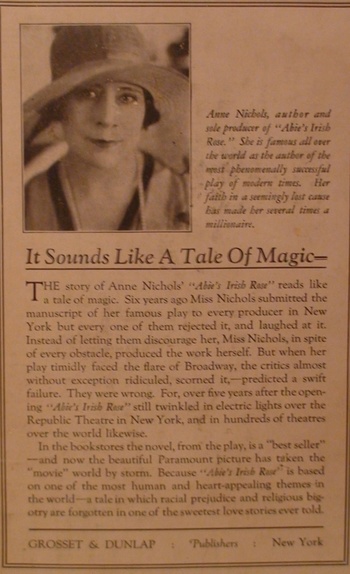 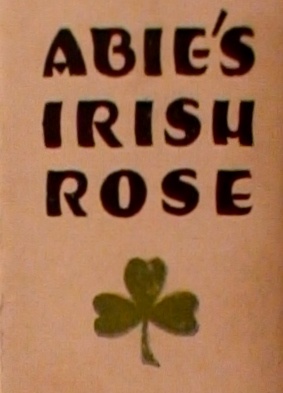 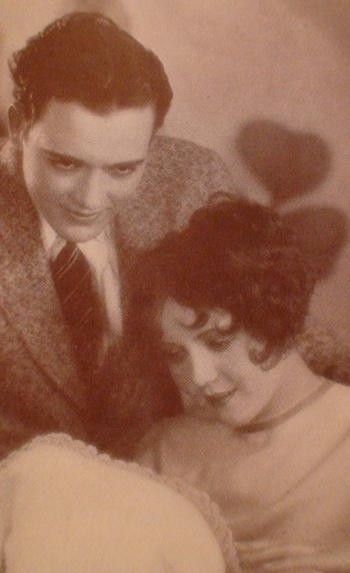 This is the 1927 Edition of my cousin, Anne Nichol's, book "Abie's Irish Rose." One thing that I have learned from Anne Nichols is to never give up. If you really want something bad enough, with a little grit and determination , you can achieve success. Nearly all of the producers and critics bashed her play and predicted sudden death once it hit Broadway. However, Anne was firm in her belief that it was a good play and fought hard for its survival. It went on to become one of the phenomenally successful plays of all time!

Here is a favorite quote from the play that addresses racial prejudice:

FATHER WHALEN. Sure, we're all trying to get to the same place when we pass on. We're just going by different routes. We can't all go on the same train.
RABBI. And just because you are not riding on my train, why should I say your train won't get there?